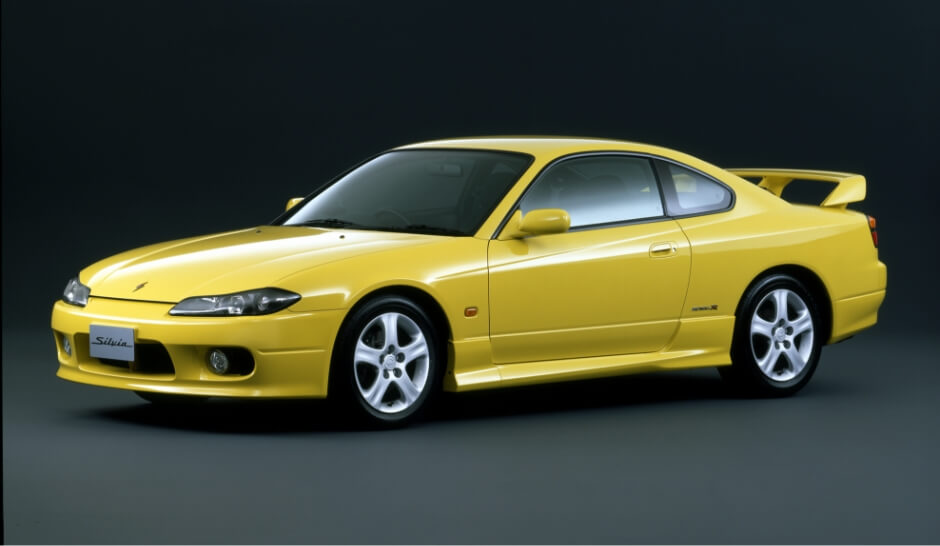 The market position of a 2 door coupe is very different between Europe and the U.S. In Europe, the birthplace of automobiles, a status of 2 door personal car has inherited from the horse carriage era. It was considered as a luxury item for aristocracy and the wealthy people, for instance, when they dressed up and went to an opera, the elegant car was part of the ambience. In the United States, in contrast, where the mass transportation was promoted, a 2 door personal car was treated as a dating car for young people and a commuter car for working women. The NISSAN SILVIA was born in 1965 and originally had a European style, but later changed to an American style.

As of the 1st generation of SILVIA was born, it was before the age of mass transportation in Japan. The passenger cars at that time were for a people with high social status such as politicians and company presidents. Therefore, black sedans and taxis with comfortable back seats were mainly used. They were the only people who could have their own 2 door personal car for fun. The 1st generation of SILVIA was created particularly for those upper-classes. Just like how a European luxury coupe made, the craftsmen did handmade the beautiful bodies and put them on a BLUEBIRD 310 frames to create the SILVIA.

In addition, the craftsmen in YAMAHA did great job on handmade the body without any joints on the fenders and side sills at the trial production. Although other body maker, affiliated with NISSAN, handled the mass-production, YAMAHA put this experience and was in charge of the TOYOTA 2000GT later on.

The 1st generation of SILVIA was produced only 500 units. The price was 1.2 million yen at that time, which is worth about tens of million yen in the current price.As for cosmetics, the interior with real leather was luxurious; however, the power performance generated by a 1.6L straight-4 OHV engine with heavy frames was no more than expected. This was why the 1st generation of SILVIA was commercially unsuccessful despite its beauty. 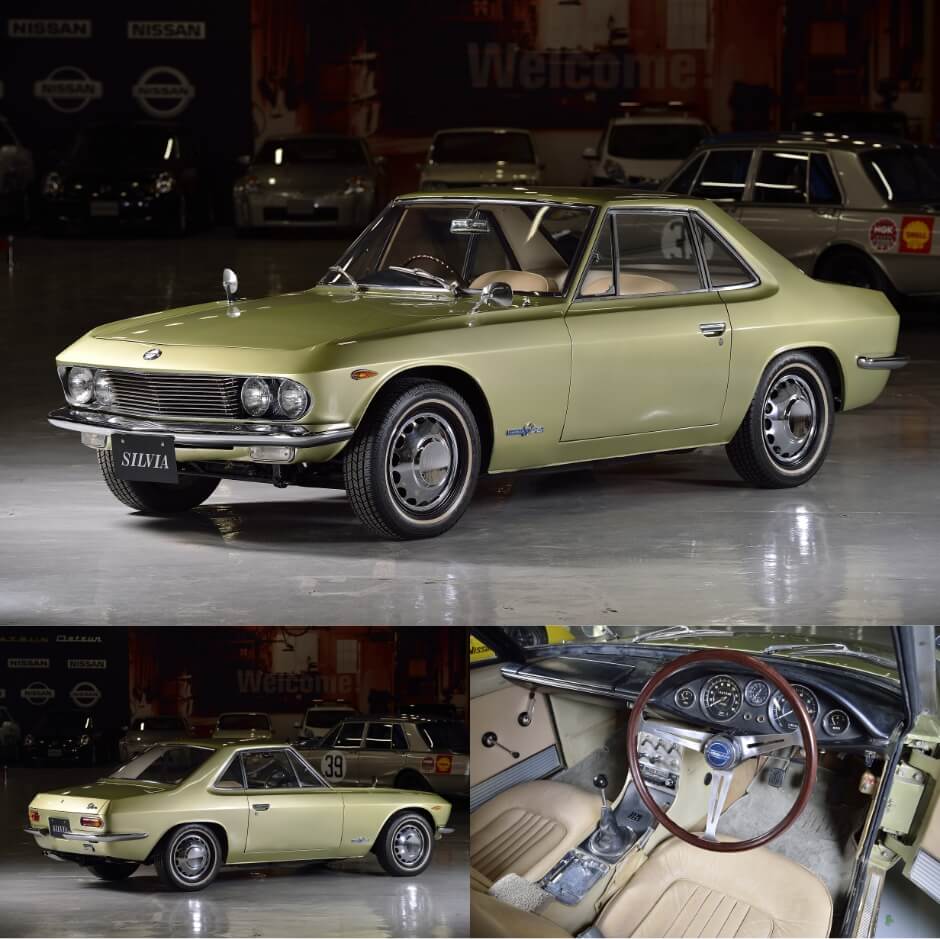 The revival was in 1975 as a coupe for public particularly for the North American market. Unlike the 1st, the 2nd generation of SILVIA was used by American working women for their commuting, so-called ‘secretary car.’

It had a frameless body, but the platform was based on SUNNY at that time. A big 1.8L engine was installed since the low to middle torque was preferred in North America, and it successfully became popular at some level. However, the 2nd generation of SILVIA was unremarkable in Japan because it was not fully a sports car even with the big size engine. 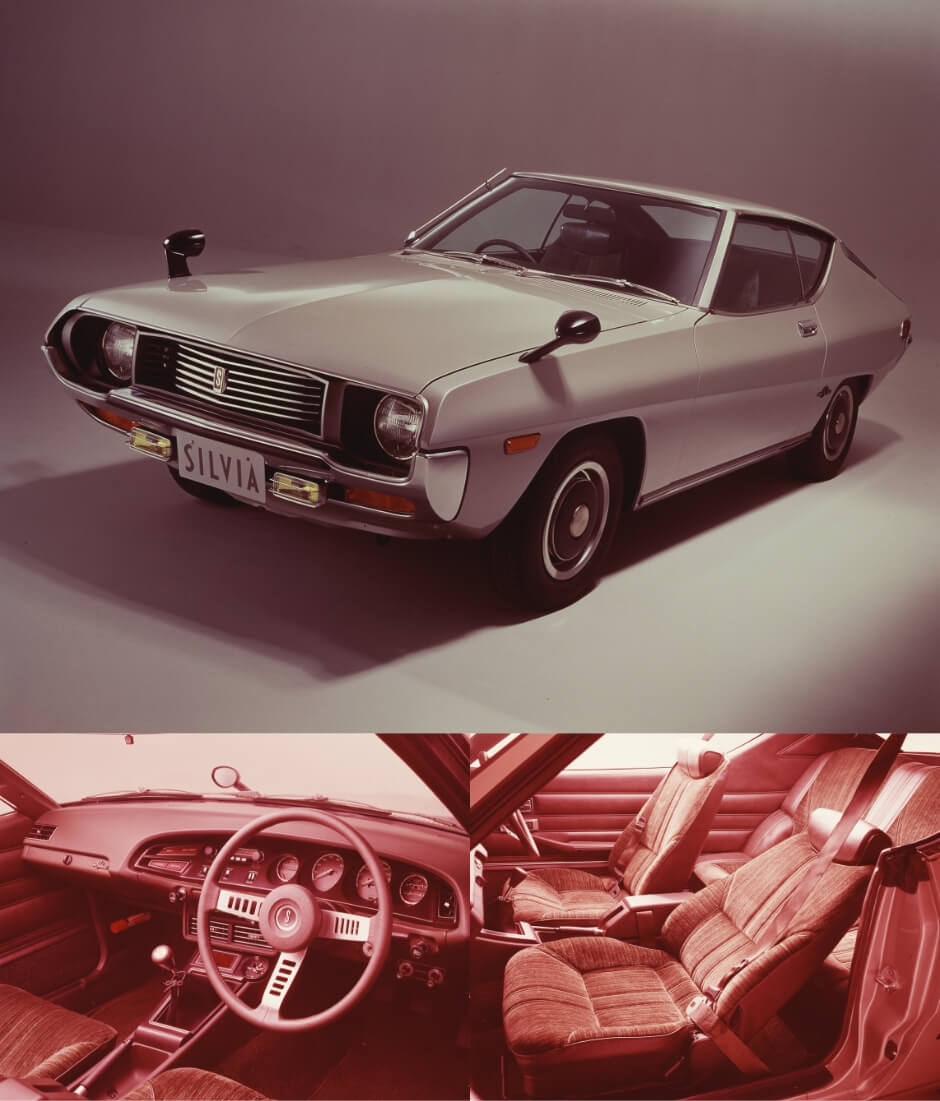 The turning point was in 1979; the 3rd generation of SILVIA got attention in Japan finally. While still having SUNNY-based platform, the notchback and the hatchback were released, and they had wild and virile stylings. The engines were 1.8L and 2L, available with a turbo charger. Eventually the RS with DOHC, same as SKYLINE, was set to sell. Its short wheelbase improved driving performance, and it was selected for WRC. Thus, the 3rd generation of SILVIA was modified to a NISSAN 240 RS which was the homologation model and had a 2.4L engine with a flashy fender flares. As a side note, the convertible special equipped version of GAZELLE (the sister car of SILVIA) became the hot topic since Yujiro Ishihara, the famous Japanese celebrity at the time, drove around in his popular detective drama series. 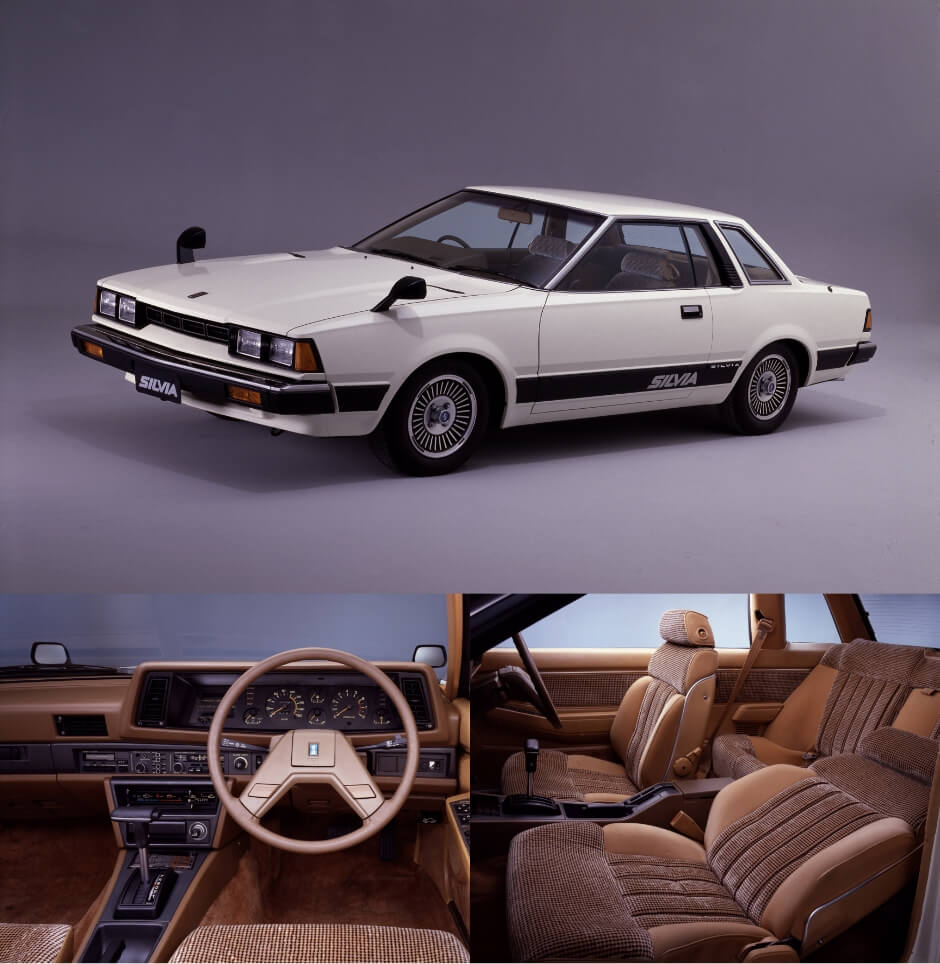 In 1983, the 4th generation of SILVIA was adopted a pop-up head lump which was popular at that time. Moreover, a semi-trailing arm suspension was installed instead of the link type suspension; which made it a 4-wheel independent driving and improved steering performances. In addition, the RS Turbo with DOHC turbo was also set to sell. 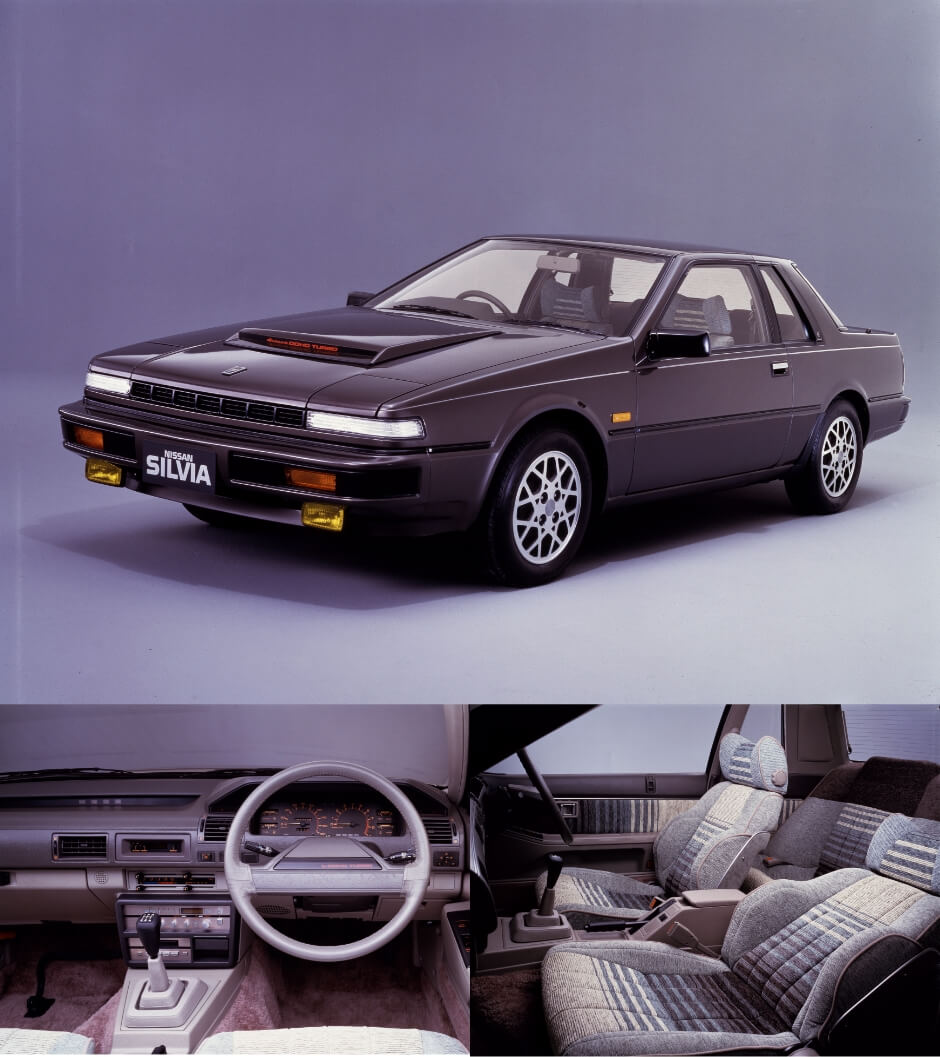 In 1988, the most successful 5th generation of SILVIA S13 was released. The S13 was a coupe and its special equipped version 180SX was a hatch back. As the catch phrase ‘ART FORCE SILVIA’ shown, the S13 was stylish and received the Good Design Award. Not surprisingly it became popular as a dating car for young people; moreover, it got on the right side of drivers preferring a real sports car because of an advanced technology in a multi-link rear suspension and the high performance generated by new DOHC turbo engine. Once the used car price settled down, so-called ‘Drift Zoku’ (Street racers particularly in love with drifting, sliding and spinning) got it for their showy driving because the FR sports cars were rare at that time . 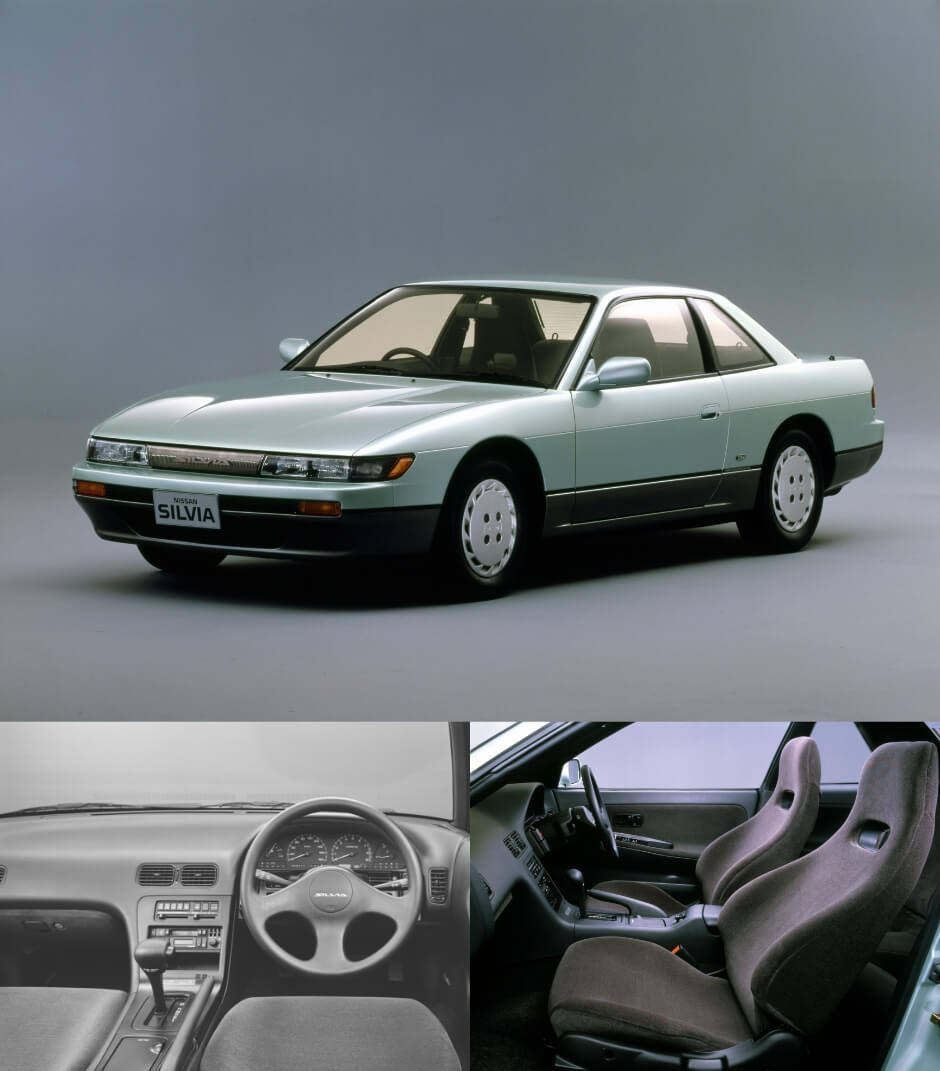 In 1993, the model changed keeping the same concept; however, the 6th generation of SILVIA had wider body which was for the overseas demands. This modification changed the vehicle category from the 5-series to 3-series in Japan (‘5-series’ is smaller in size and displacement than ‘3-series’) Due to the bigger body size and new gentle styling design, it couldn’t be as popular as the previous generation. In the latter half of the model year, the hastily modifications were done such as changing the shape of front lump to get sharper look although it ended up unsuccessfully in the Japanese market. 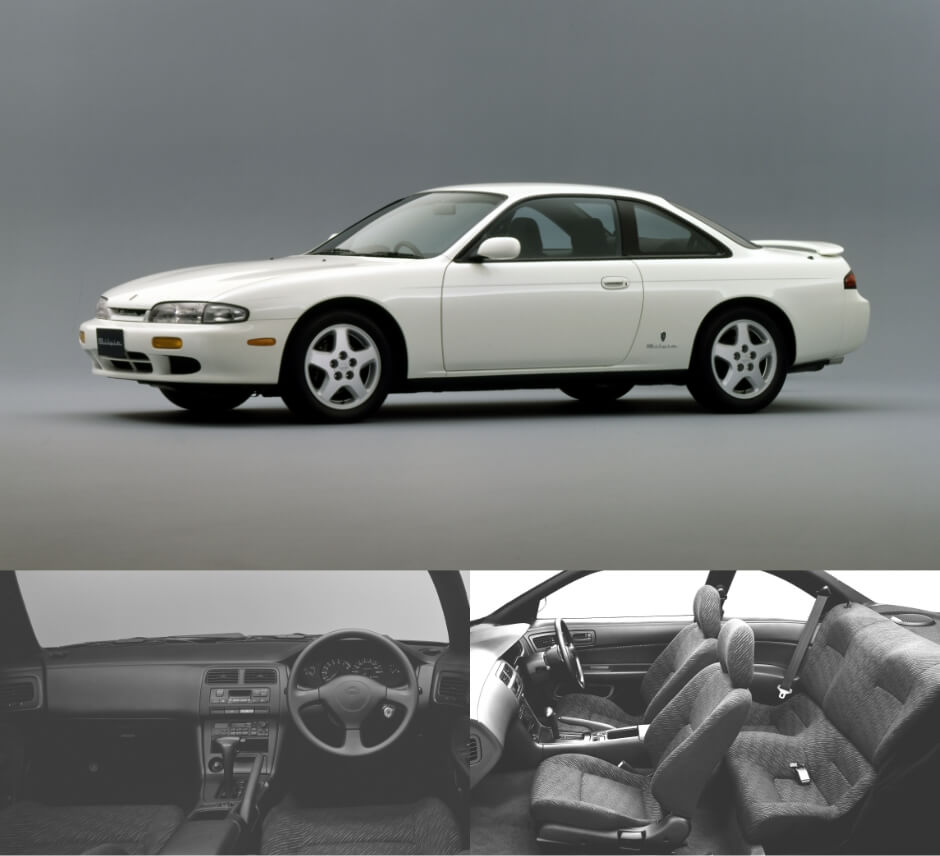 In order to regain the popularity, the 7th generation of SILVIA released in 1999 was made smaller and restored to the 5-series. The design become sharper as it is a pure sports car. The 2 L DOHC turbo output 250PS, 6-speed MT was set, and the A-pillar has a boost gauge; all those power setting and accessories attracted Hashiriya drivers (Street racers).

As to provide for users who prefer European high-end style, SILVIA VARIETTA, the Japanese first retractable hardtop convertible, was released in the following year. The VARIETTA had such elegant and elaborate style, however, the bubble economy burst seriously damaged the coupe market in Japan, and the sales for young people became extremely difficult. Moreover, the 2-door coupe market in North America was destroyed due to the soaring insurance premium. Those economic circumstances impeded a product development of personal cars for young people in the global market. 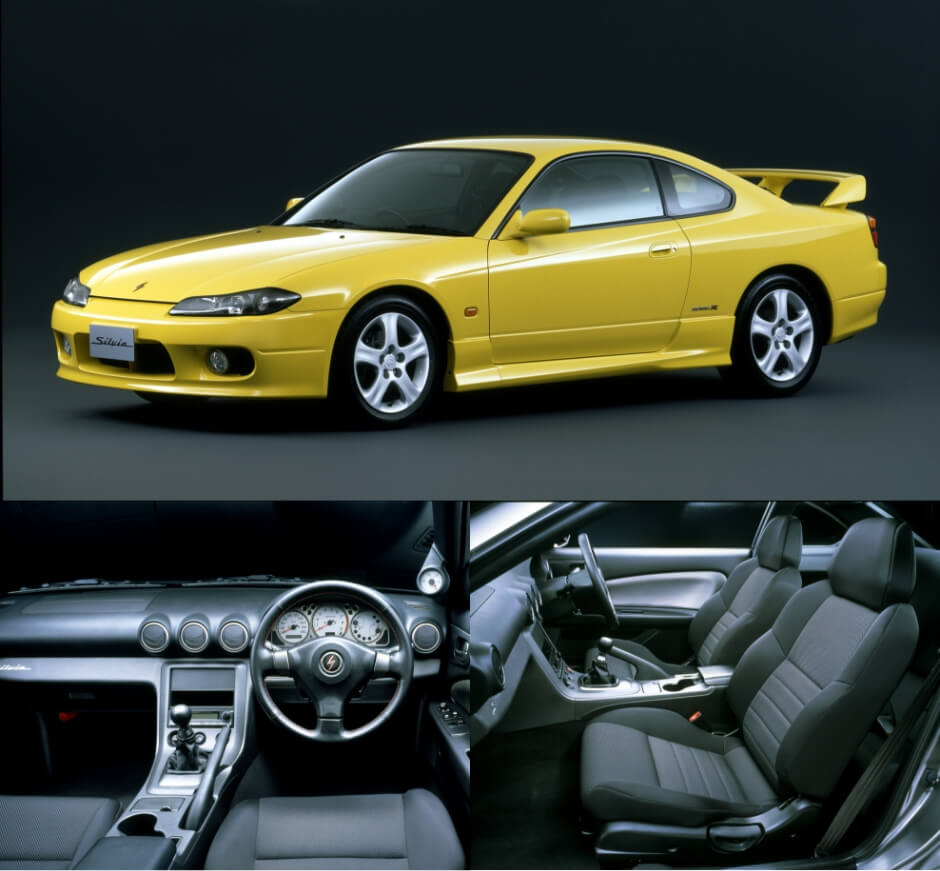