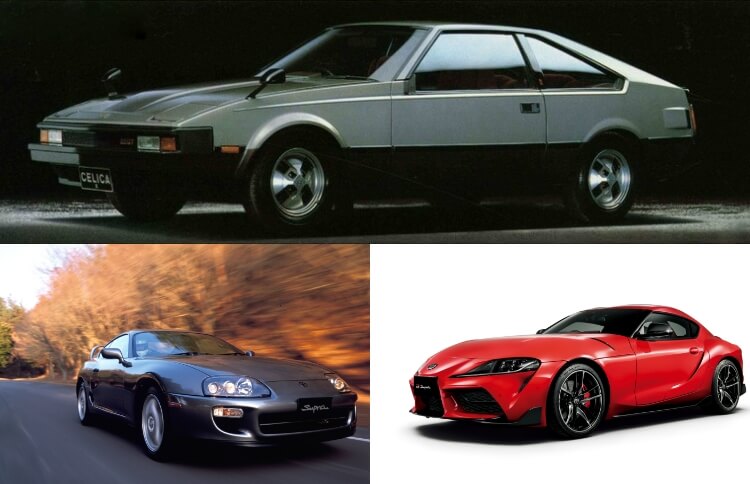 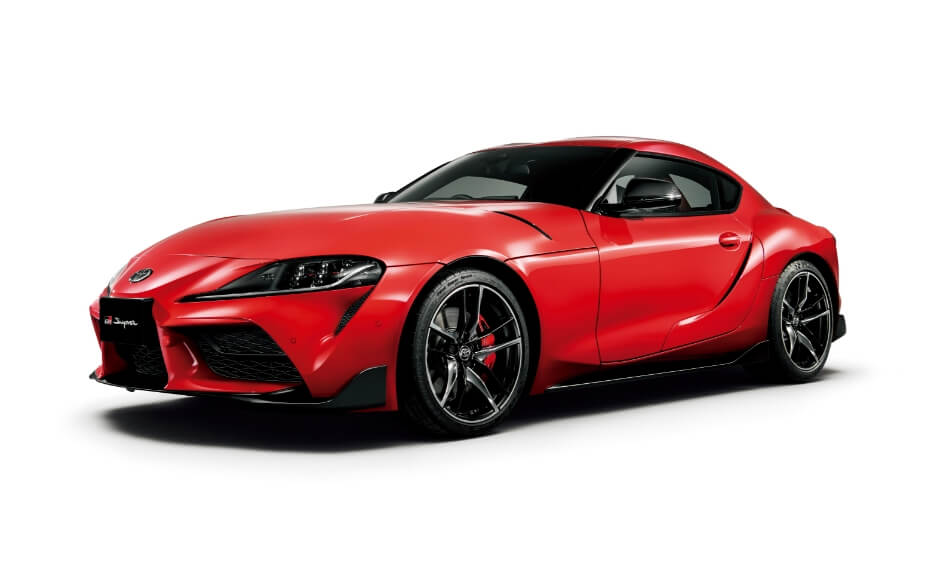 Many Japanese people might imagine a racing car-like vehicle speeding down a circuit when they hear the word “sports car.” It is not rare for the iconic European Ferrari, a sports car, to be built as public-road versions of racing cars.

However, the term “sports car” in English originally has a broader meaning, perhaps implying entertainment, or play. Aside from riding up in a sedan while wearing a suit on a special occasion, all cars that one can drive around in casual wear can be considered sports cars.

The 1970s Japanese vehicles sold in North America were different from what Japanese people considered sports cars at the time. Merchandise planning continued forward as the manufacturers wondered how to adjust. The Supra sports car, based off of the Celica, was one such case during this time. 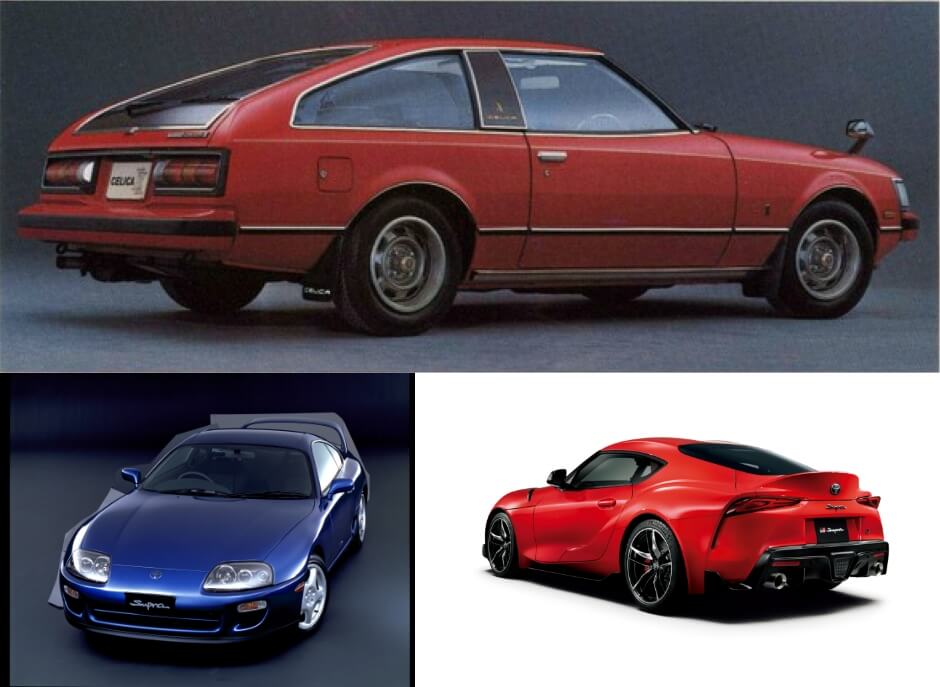 The Celica received positive reviews when it debuted on North American markets in 1970, but this coupe, with its 4-cylinder engine in its compact body and speedy handling, was also met with complaints about its lack of six cylinders. Other highly reviewed points were the popular design with a tailgate, and LB liftback , which was also very well-received in Japan.

With a much larger landmass, few North American roads are narrow and winding like in Japan. Straight country roads and freeways where drivers have the freedom to just push down on the accelerator, such as Gran Torino, are preferred. Sports cars are no exception. Cruising with huge exhaust-producing multi-cylinder engines, or signal GP with a stirring start dash ability were more important than making tight shifts around a corner. The Nissan Fairlady Z, one step ahead in North America, was a big hit, with its straight-six, 2.4L engine.

In 1978 during the planning of the second-generation Celica, the straight-six engine taken from Crown to the long nose became part of the North American series, resulting in the first generation Supra. It was sold as the Celica XX in Japan (double XX) as a high-class sports car.

Aiming for success in the North American market, the design was left up to CALTY, Toyota’s studio in California. At the time, Japanese sports cars were made with stable handling, and the seat cushions looked as if they had come out of an American drama series: the vehicle was made based on thorough research on American consumer preferences. More suitable for highways than the circuit, the car was appreciated in Japan, too, known as a new, unique sports car for adults.

However, although the second-generation Supra (released 1981), like the third-generation Celica, had a long nose that contained its 6-cylinder engine, the standout features this time were less impressive than with the first generation.

The sharp form with the retractable back was an aerodynamic 35 CD design. The top-spec was an inline-six engine, 2.8L DOHC vehicle that could top speeds of 200km/h. The rear suspension used an independent semi-trailing arm design starting from the latter half of the first generation (the previous had been a 4-link), expanding the potential of the car. Lotus also took part in setting up the suspension, ensuring high quality of both solid high-speed performance and unrestricted handling.

During the same year, the Soarer was introduced to the domestic Japanese market as Celica XX under the same name, but aimed for luxury. The two models became distinguished from each other clearly: mature adults preferred the Soarer, and young people liked the XX. 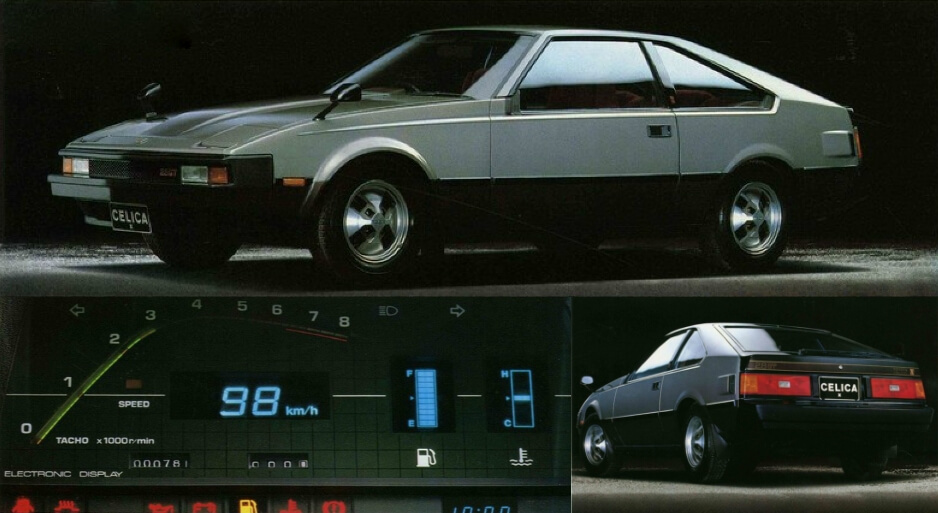 The third-generation Supra was released in 1986 in Japan under the same name, and further heightened the car’s sportiness, with a large-feeling design feeling like an American sports car. The suspension was made up of a 4-cylinder, double-wishbone structure, with the top grade being a built-in 3L DOHC turbo engine. Its tagline, “TOYOTA3000GT,” displayed its high performance.

Initially, the width of the car for the Japanese domestic market was within the standard for a mall five-numbered car. However, in 1987, the 3-liter car was first available as a wide-body model with blister fenders the same as the North American model, and then the 2-liter twin-turbocharged car was gradually made wider. In 1990, the top vehicle was the new addition 2.5L twin-turbo engine; this was Toyota's first 280 PS high-performance vehicle. 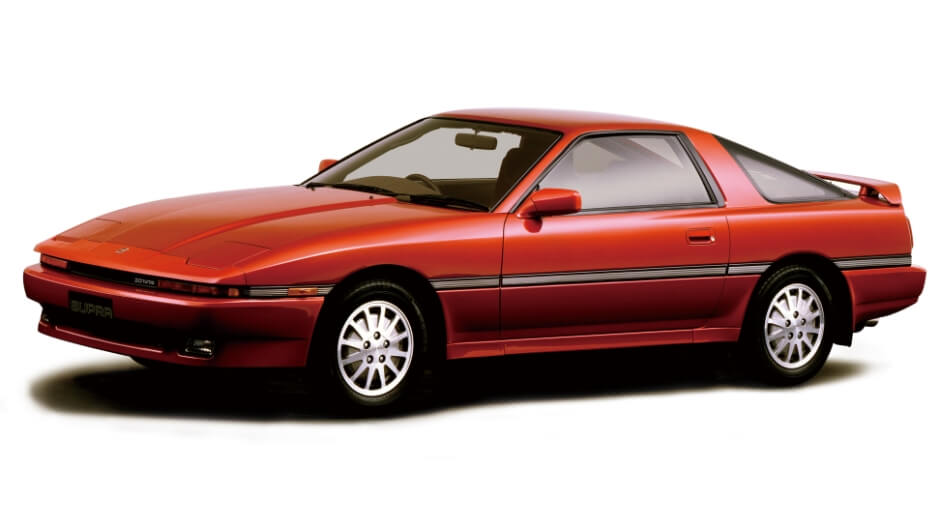 In 1993, the fourth generation had become more like a typical sports car. The engines were all-new generation, 6-cylinder, 3-liter engines, and while the twin-turbo output was ostensibly the self-imposed 280 PS, while there was around 1,000-horsepower range when applying the internal and external tuners. Fit more for high-speed circuits and less for narrow mountain roads in Japan, the vehicle had matured into a respected, luxurious sports car.

The 4-wheel double-wishbone suspension was elaborated with forged aluminum arms and 6-speed manual transmission from Getrag, Germany. The Supra gained even more attention when the protagonist of Hollywood’s “The Fast and the Furious,” a worldwide hit, drove this car in the first film.

On the other hand, the global sports car market had shrunk during this time, making it difficult to plan successor vehicles. Due to the effects of emission regulations on the fourth generation, production ended in 2002, resulting in the disappearance of the Supra for a while. 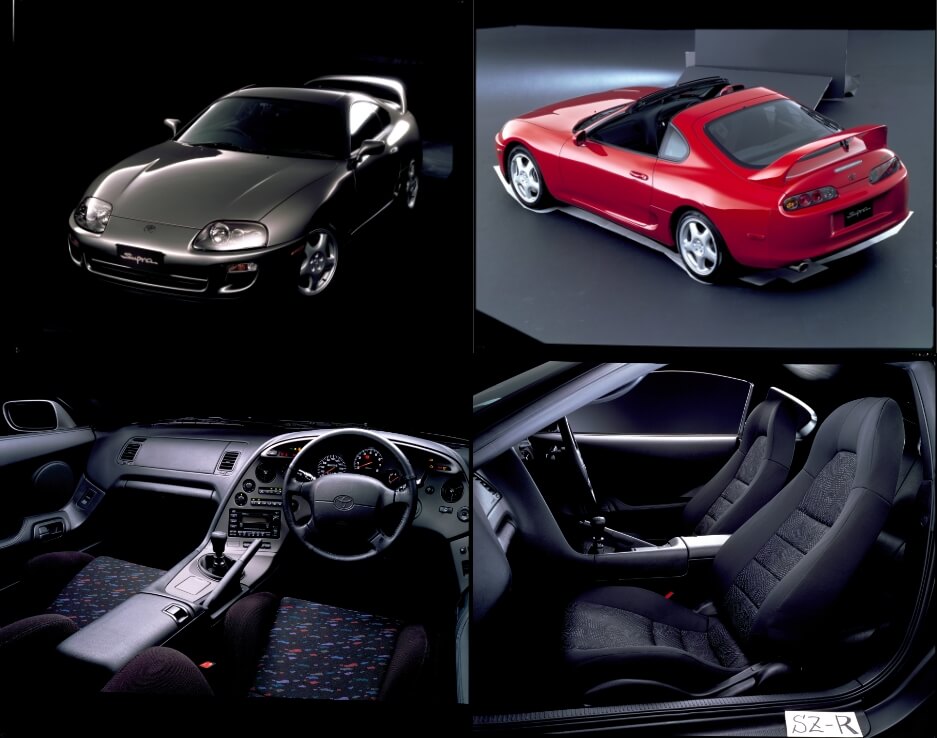 The car that broke this 17 year-long silence was the 2019 fifth-edition Supra. The development was handled by a chief engineer, who realized the 86 in collaboration with Subaru. Having won rally championships as a student, he chose to collaborate with BMW in the development of the car to put it on a business basis in the competitive sports car market. The car has the mechanism of BMW's new Z4 sibling, and its unique Toyota-designed body is powered by a straight-six and 3-liter turbocharged, or straight-six, and a straight-four 2-liter turbo engine made by BMW.

The 2019 Supra was produced by Magna Steyr in Austria. The official name in Japan, where it is sold as an import, is “TOYOTA GR SUPRA.” This vehicle is a triumphant return to the global sports car world. 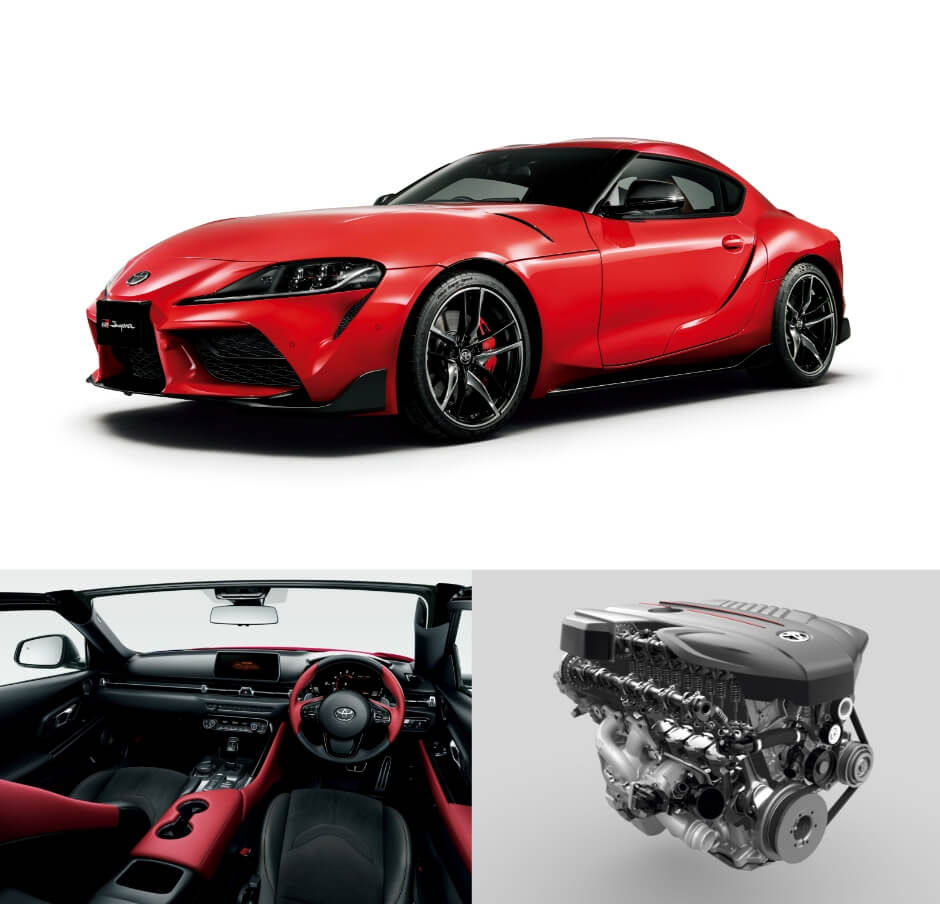 1978
- First generation released into the market. Celica XX in Japan. All cars have a hatchback body with 2L or 2.6L direct 6NA engines. 4AT also makes an appearance.

1980
- A minor change from a 4-link rigid axle suspension to a separate semi-trailing arm makes the 2.8L the highest level of engine.

1981
- Second generation released into the market. A retractable light gives it a sporty line. All cars are straight-six engines with 2.8L DOHC.

- Third generation appears with the same Supra name for the Japanese market.