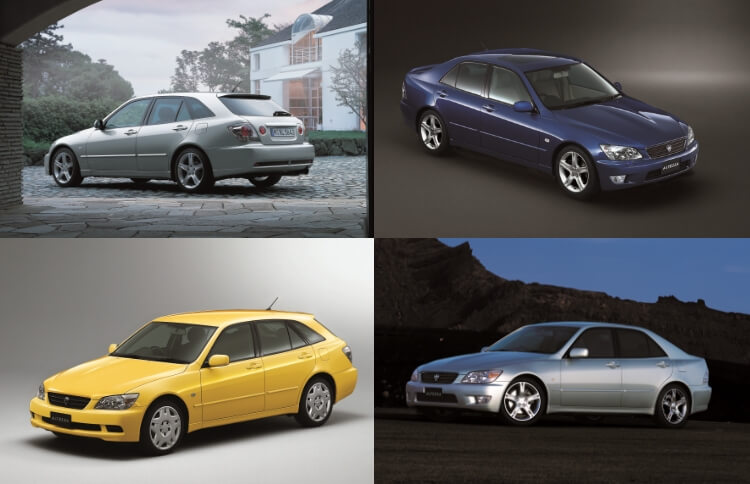 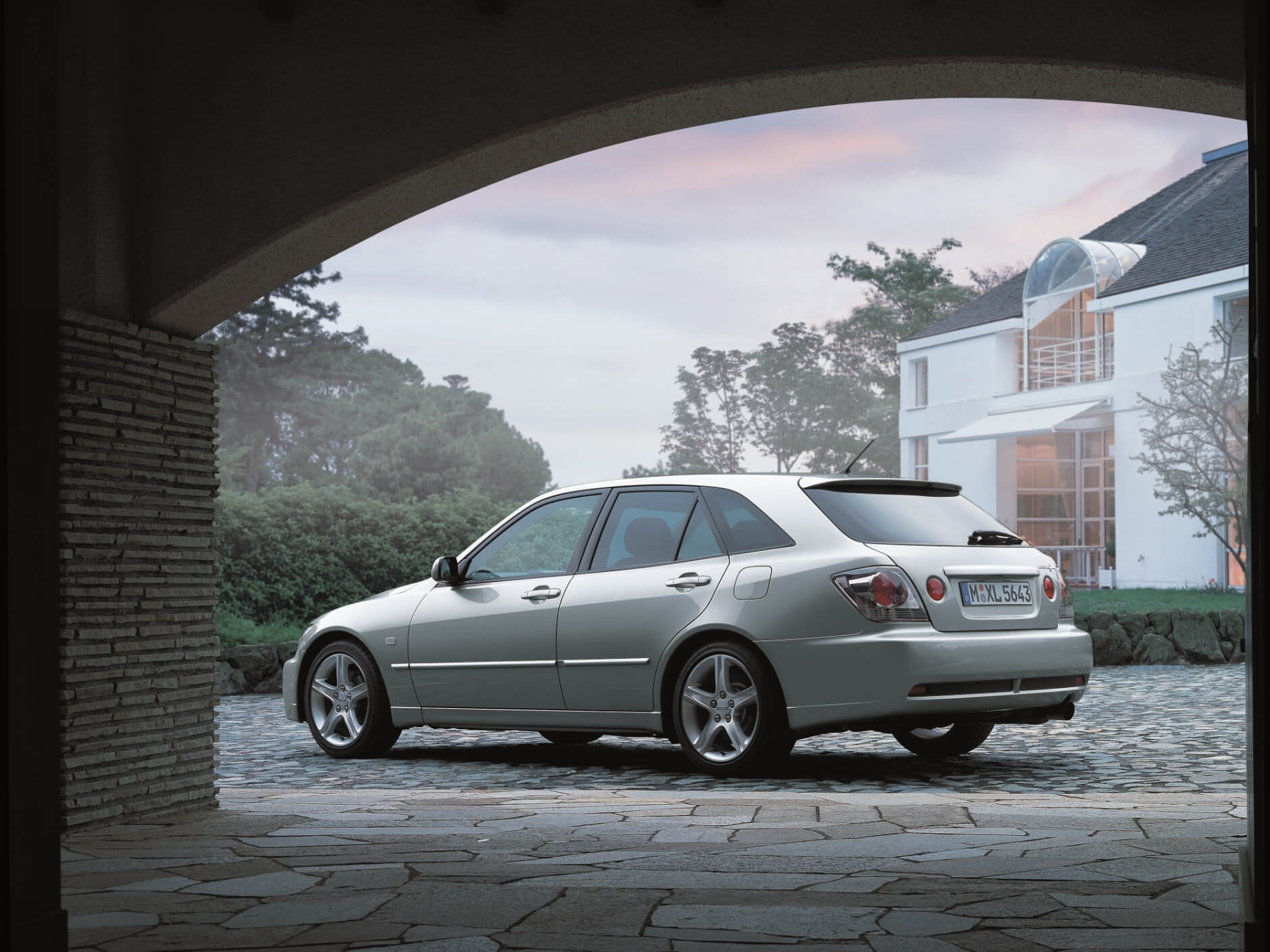 The manufacturer’s thoughts on car individuality and the needs of the driver sometimes deviate. This difference is not rare, especially when selling sporty cars. “Sports” is a word with different interpretations for vehicles, from high-spec models in racing sports, to casual cruises through the city, or urban runabouts.

The 1998 Altezza is one obvious case of this division between maker and driver. This car was originally planned to be a high-class brand overseas, as a compact body sedan, with a Lexus IS build. Its competition was the BMW 3 Series. With a total car length of just 4.5 meters planned as a 4-door sedan, and an FR car composition with 4-cylinder and 6-cylinder inline engines, this vehicle would be innovative and was set to win. 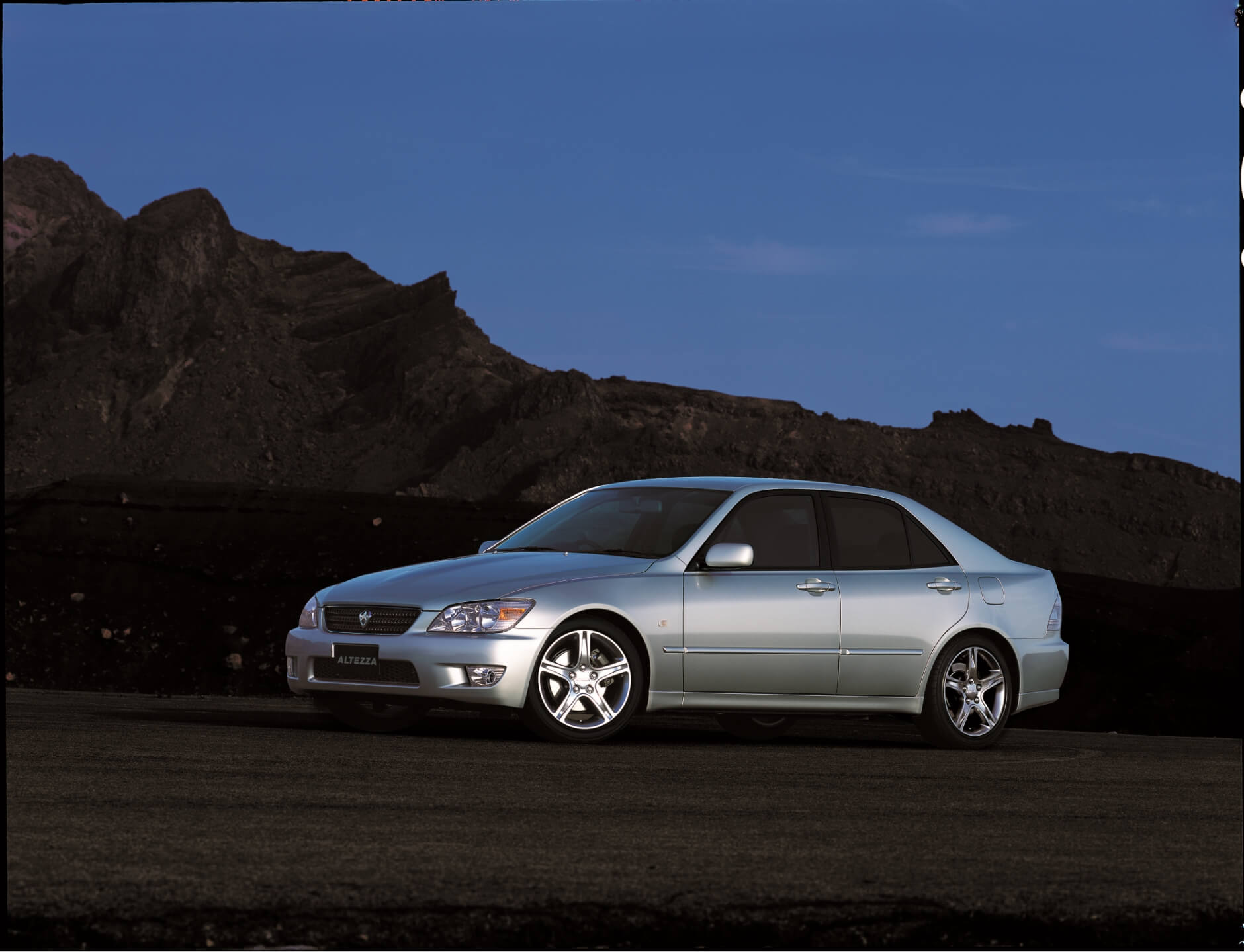 The construction and materials of the vehicle were also the real thing, sharing a refined 4-wheel double wishbone suspension with the small luxury car, Progrès, careful front and rear weight distribution, front and rear overhang propulsion, and 215/45R tires with big rims. In fact, the inline-six engine lineup of the 1999 Lexus IS was popular overseas wherever it was sold. However, introduced as the Altezza to the Japanese market, despite winning Japan’s Car of the Year, it received unfavorable reviews because it was so different than expectations.

1998, when the Altezza made its appearance, was a time when the FR vehicle, with its accessible size and performance, was in danger of extinction. The aftermath of the economic bubble dragged on, and the young people who would purchase sports cars withdrew from the market. High-performance FR coupes like the Silvia were also in danger. Second-hand Mark II’s were popular, with their drifter-style-turned-twin turbo engine, but new models were a difficult sell and larger size wouldn’t work with Japan’s mountain passes.

In the midst of this, news that Toyota would, unsurprisingly, make a compact sports sedan to rival to the BMW 3 Series, came out. The Lexus brand had not fully developed in the Japanese market at the time. The name of the car was announced to be “Altezza” and generated buzz early on in car magazines, imagined to be a high-functioning, powerful, and sleek sports sedan. 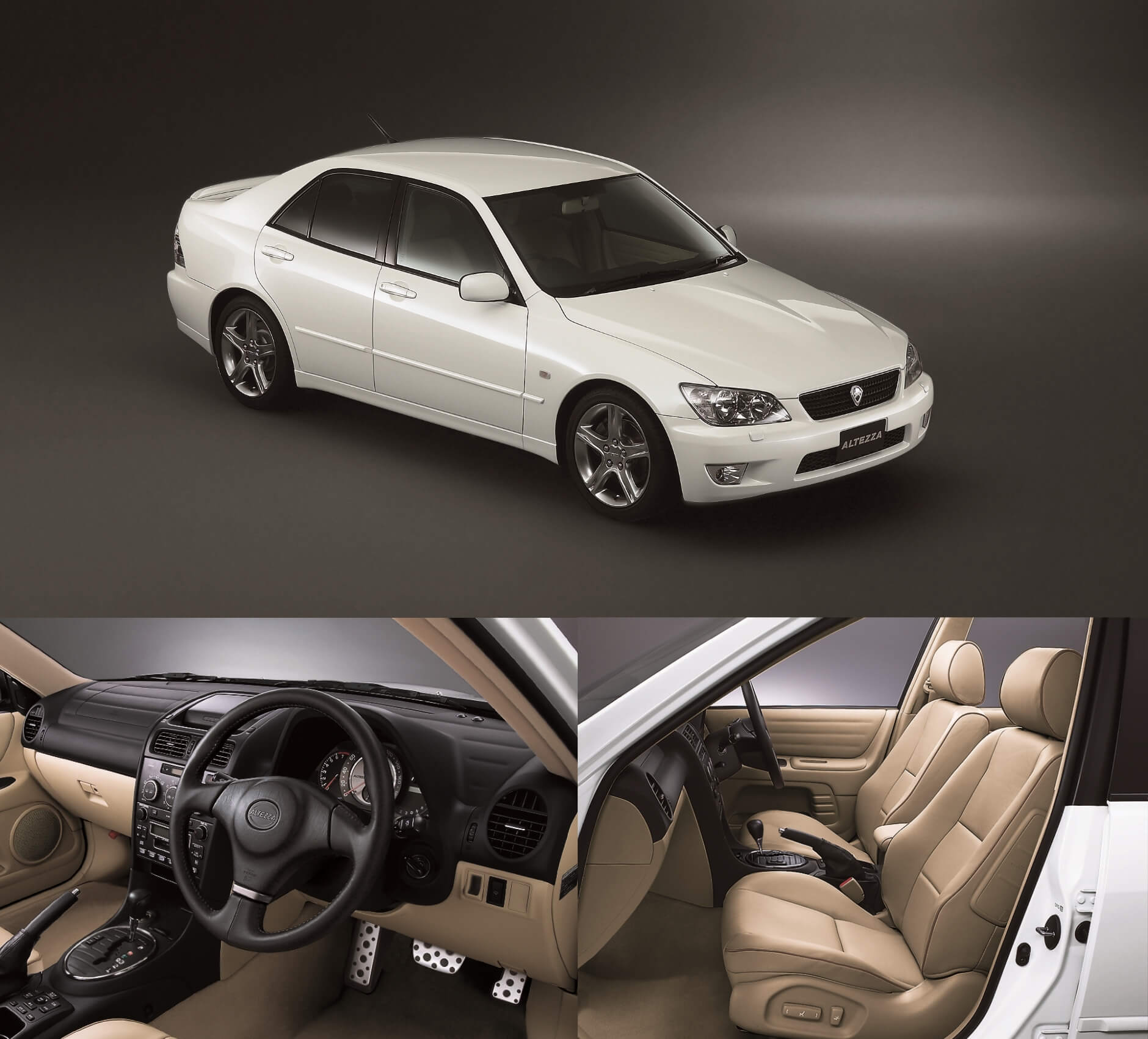 The resulting BMW 3 Series model, however, was different from its innovative and high-functioning image in Japan. The high-speed cruising power fit for the autobahn and the precise handling was not suitable for flying through the narrow mountain pass roads, which people in Japan had hoped for at the time. This was the same for the ultra-high performance M3, used as a base in touring car races. The Altezza was benchmarked against this, with similar stability-oriented features.

The 4-cylinder 2L 3S-GE-type engine made exclusively for Japan used titanium F1 valves for tuning, showing its 210PS high functioning. The 6-speed MT was also prepared, similar to the Mazda Roadster, making transporting luggage enjoyable while enjoying a high-class drive. This resulted in disappointment from sports car fans, hoping that the Altezza would be an extremely sporty model. 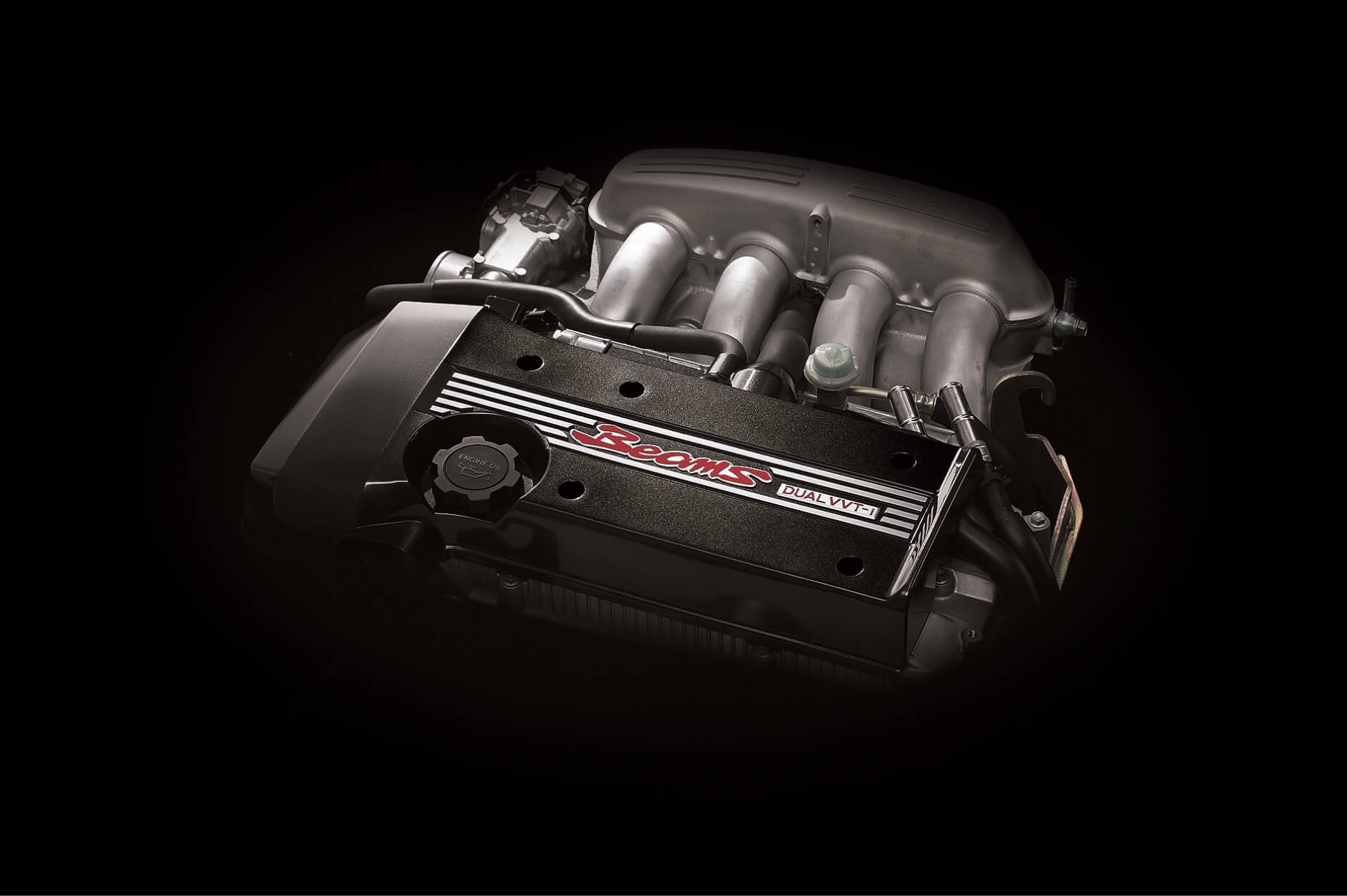 Developers of the Altezza likely miscalculated that the Japanese were still choosy. Going back to the plans for the sibling car, Lexus IS, reveal a machine fit for a mature driver, with its high-quality feel and inline-six engine. Compared to higher class Lexuses, the interior materials and feel weren’t the same, but the high-tune, straight-four engine of the Altezza was suitable for the Japanese customer.

Once the disappointing voices subsided, however, the Altezza began to be appreciated by the adult users the inventors had imagined.

In 2001, a 3L inline-six engine was installed, along with the five-door body Gita model, containing what is known as a shooting brake. Both models were comparable to the Lexus with their interior and special manufacture. This prompted unexpected demand from older consumers for a six-cylinder engine that offered more quality than speed. 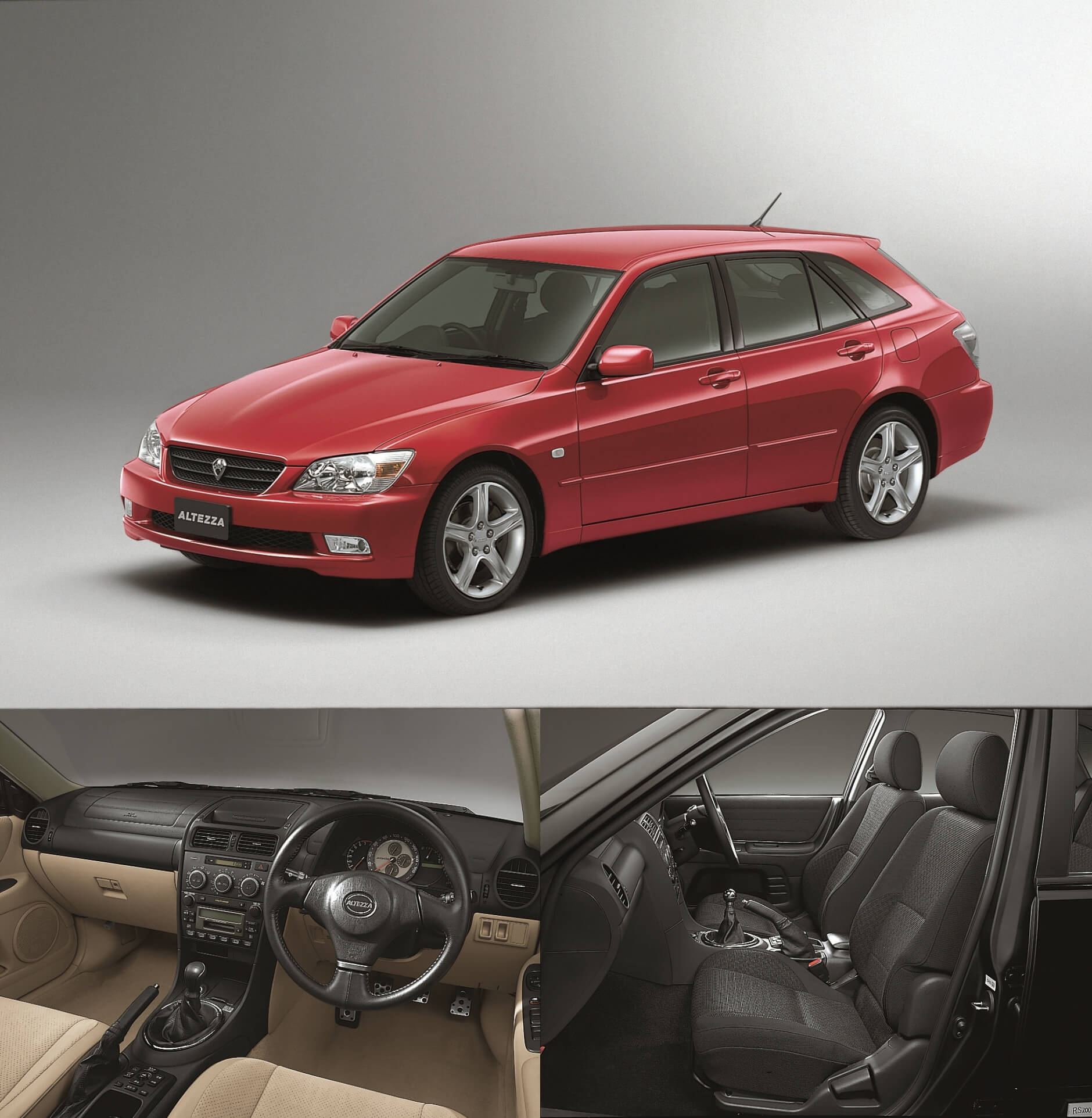 The Japanese Lexus brand began in 2005, and the Altezza was sold with the same overseas specifications as the new IS type, resulting in its demise during its short, one-generation span. The superior drive and make of the Lexus IS did not generate excitement, and even when the V8 high-power engine F Sports came out, the IS, unlike the Altezza, did not stir up craze based on misunderstandings.

After Japan’s lost decade of the 1990s, Japanese consumers may have come to appreciate what a quality car was, based on their own values.

Changes in the Altezza

2001
- The Altezza Gita with a 5-door hatchback appears on the market. Inline-six and 3L inline-six engines available.