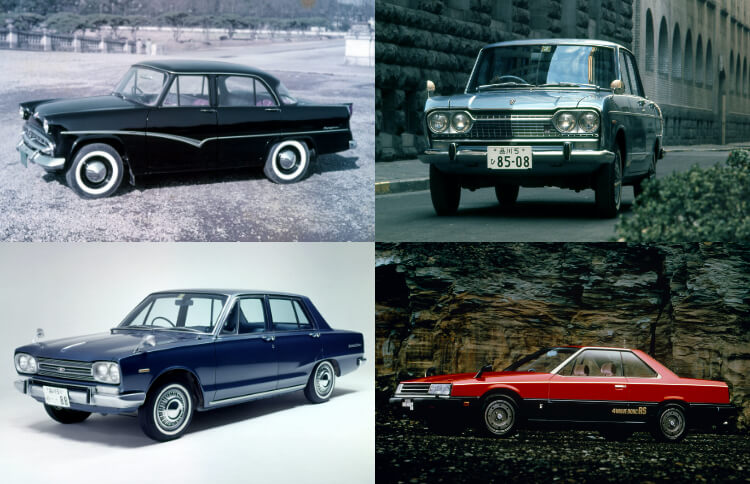 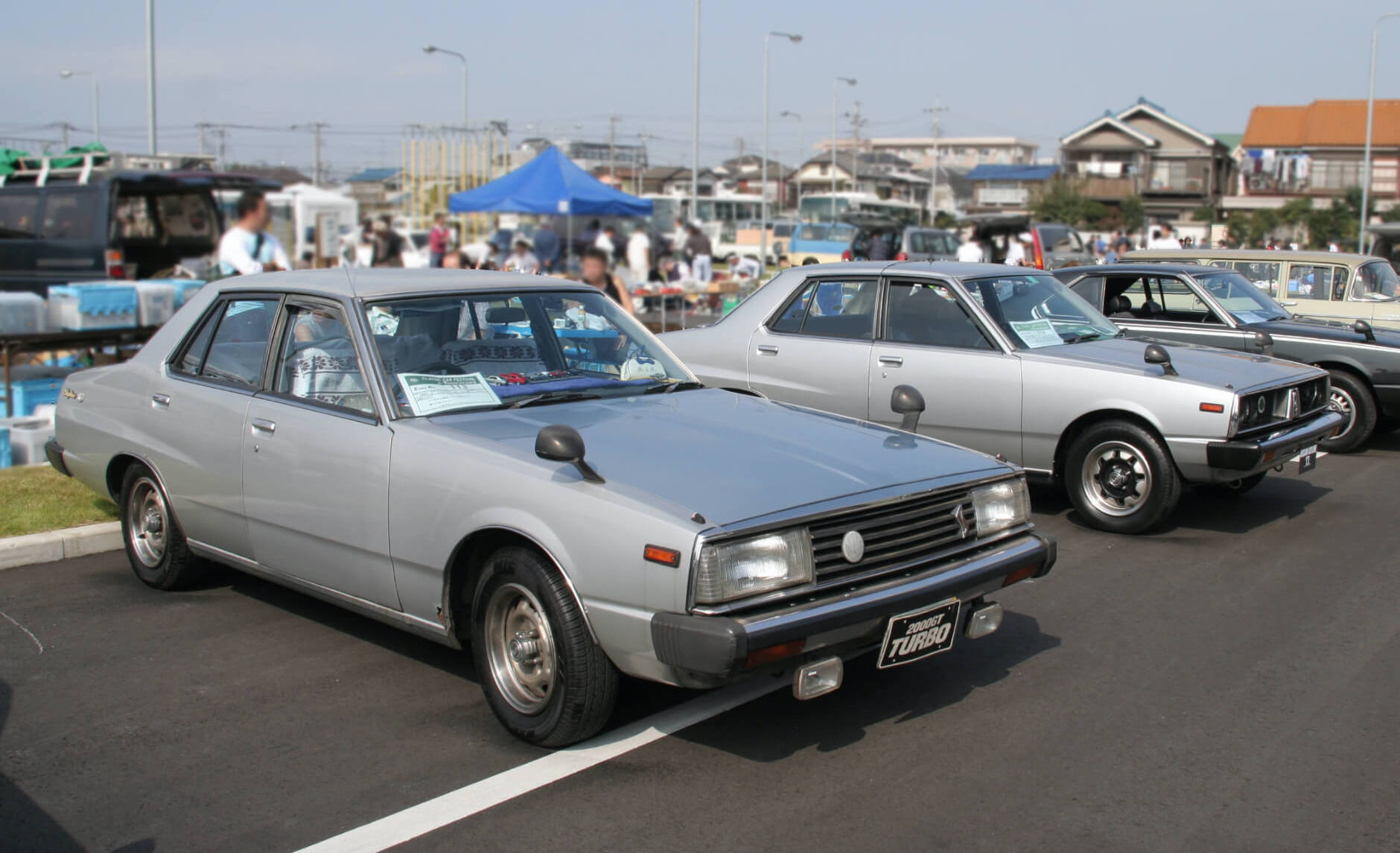 The NISSAN SKYLINE remains an extremely popular Japanese old car. You may have seen hundreds of articles about the HAKOSUKA, the KENMERI and/or the GT-R. Many magazines in Japan, indeed, repeatedly have posted the special features of SKYLINE.

The GT-R and the GT grabbed the most popularity as the excellent cars, in other words, the 6-sylinder engines were highlighted. Let’s not forget about the SKYLINEs with 4-cylinder engines.

The first generation of SKYLINE was released in 1957. It was a 4-door sedan, fairly general car convenient for a taxi. There were no sport grades. 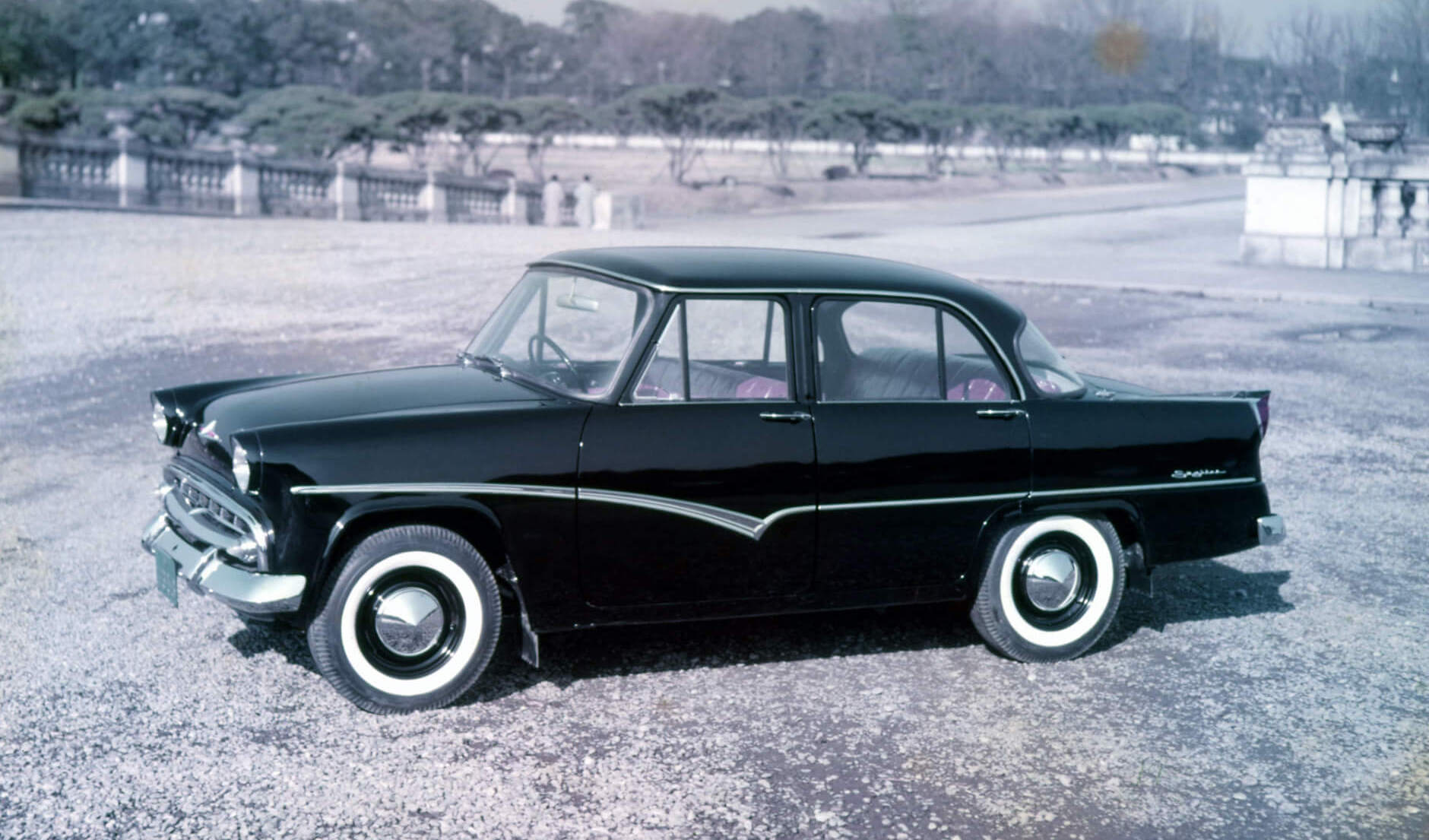 The second generation of SKYLINE was release in 1963. The sport grade ‘GT’ did not exist that time, and yet, it was still the practical sedan preferred by taxi drivers. 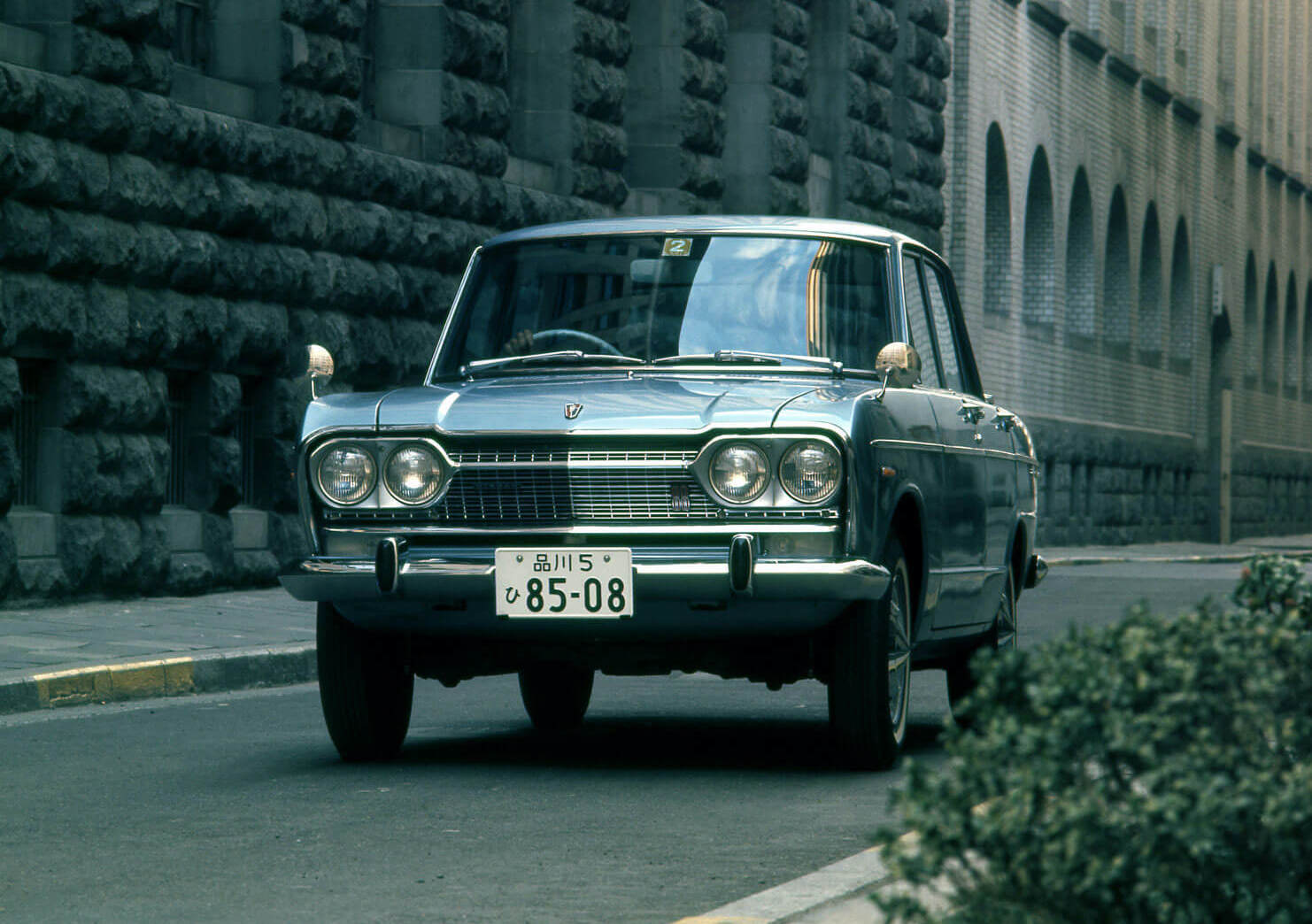 In 1964, NISSAN produced only 100 units of the SKYLINE GT. The SKYLINE GT was a homologation model, installed a straight-six G7 type engine transferred from the GLORIA, aiming to participate the first Japanese Grand Prix. To mount the 6-cylinder engine instead of the 4-cylinders, the engine room was extended and finished up with the long nose style. 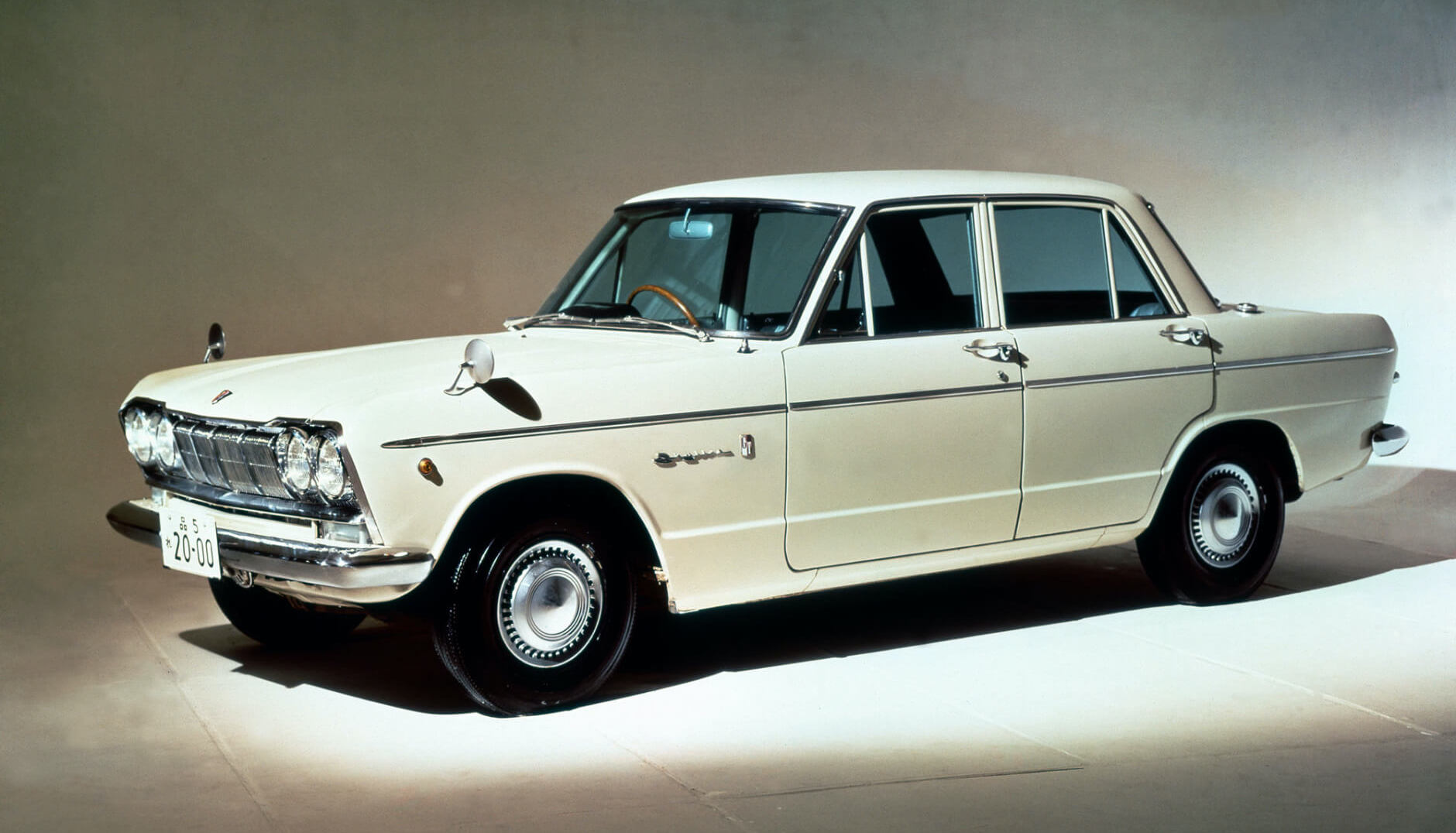 This new look obtained an extremely good reputation, and so NISSAN started the mass production of this model and released as a SKYLINE 2000GT in 1965.

Later on, the 2000GT-A, applied the single carburetor, was added. And then the 2000GT with the WEBER triple-barrel carburetor became the 2000GT-B.

The third generation released from the full-model change in 1968. This is the ‘HAKOSUKA,’ the worldwide well-known SKYLINE among the Japanese old car fans. The model with the 4-cylinder engine was released first just like the previous generation. The 6-cylinder, long-nose GT and the GT-R were added later. 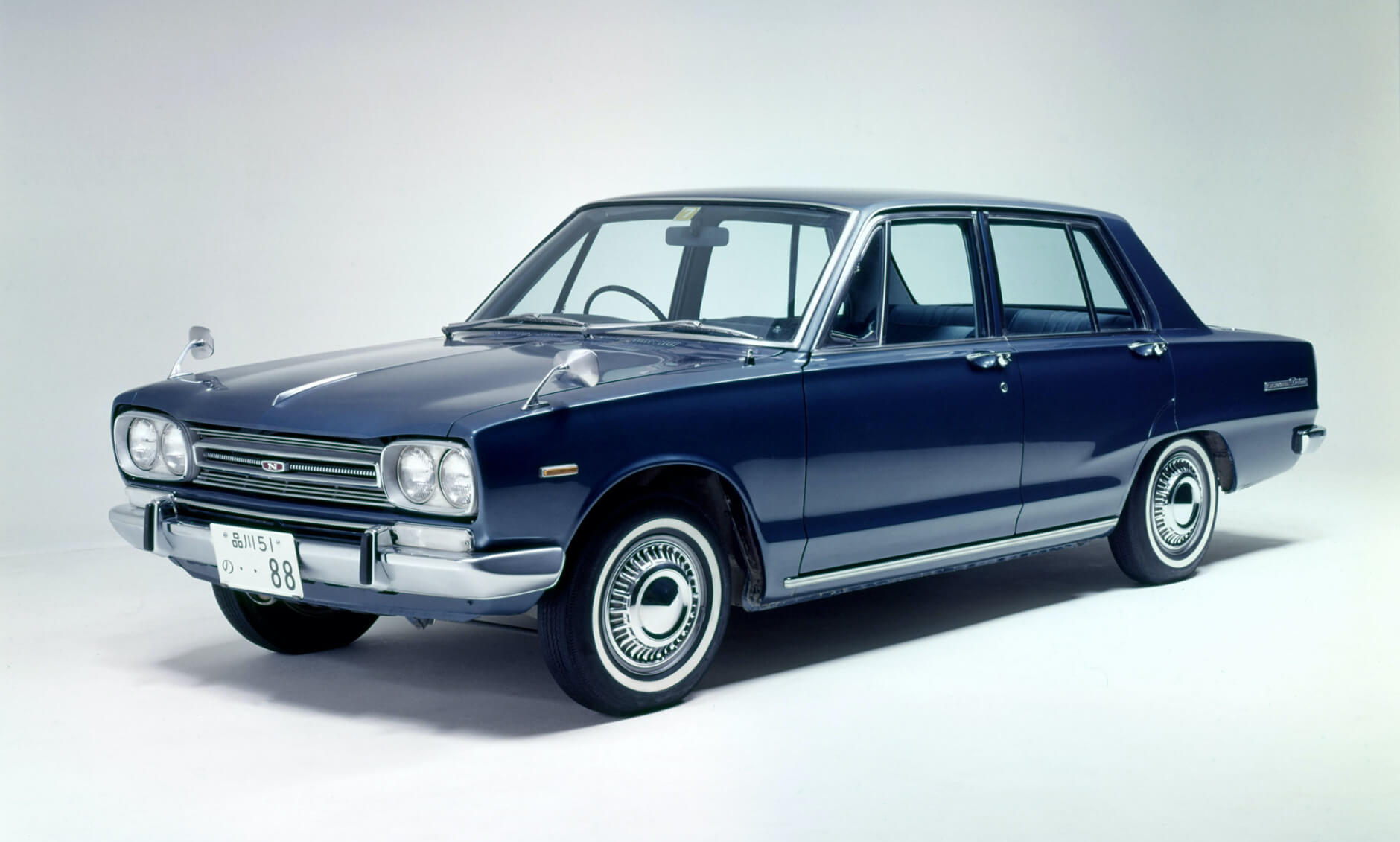 The HAKOSUKA with 2-doors debuted in 1970. This option was also available for the 4-sylinder engine type, which was no surprise. You may feel fresh about the two-doors, normal size engine room for 4-cylinder as ‘Short nose!’ 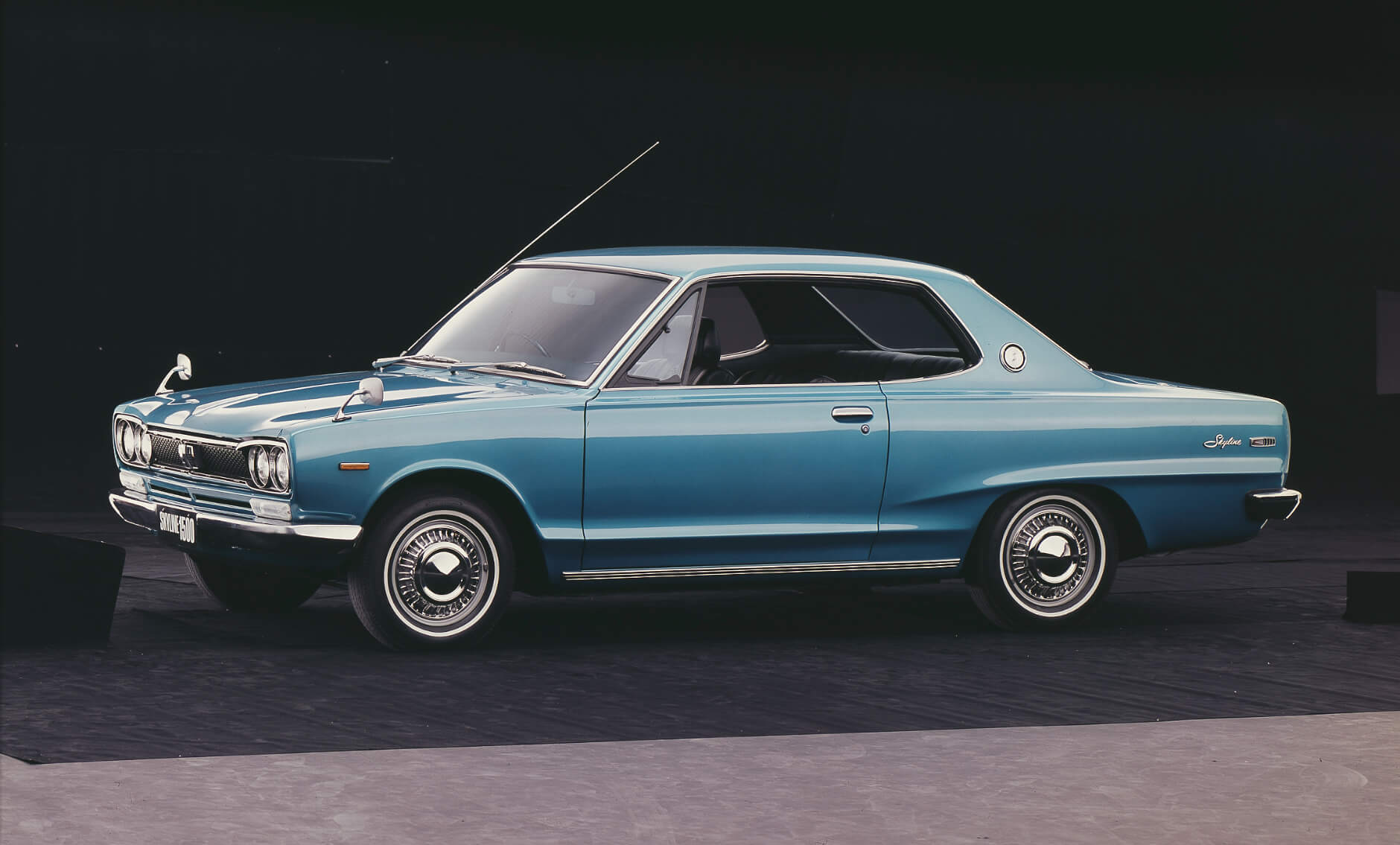 The fourth generation of SKYLINE is called ‘KENMERI’ was also released both 4-cylinder and 6-cylinder types. In fact, it is little-known that the KENMERI with the 4-cylinder engine was in the product lineup, and so the short hood KENMERI is unfamiliar with many of you. 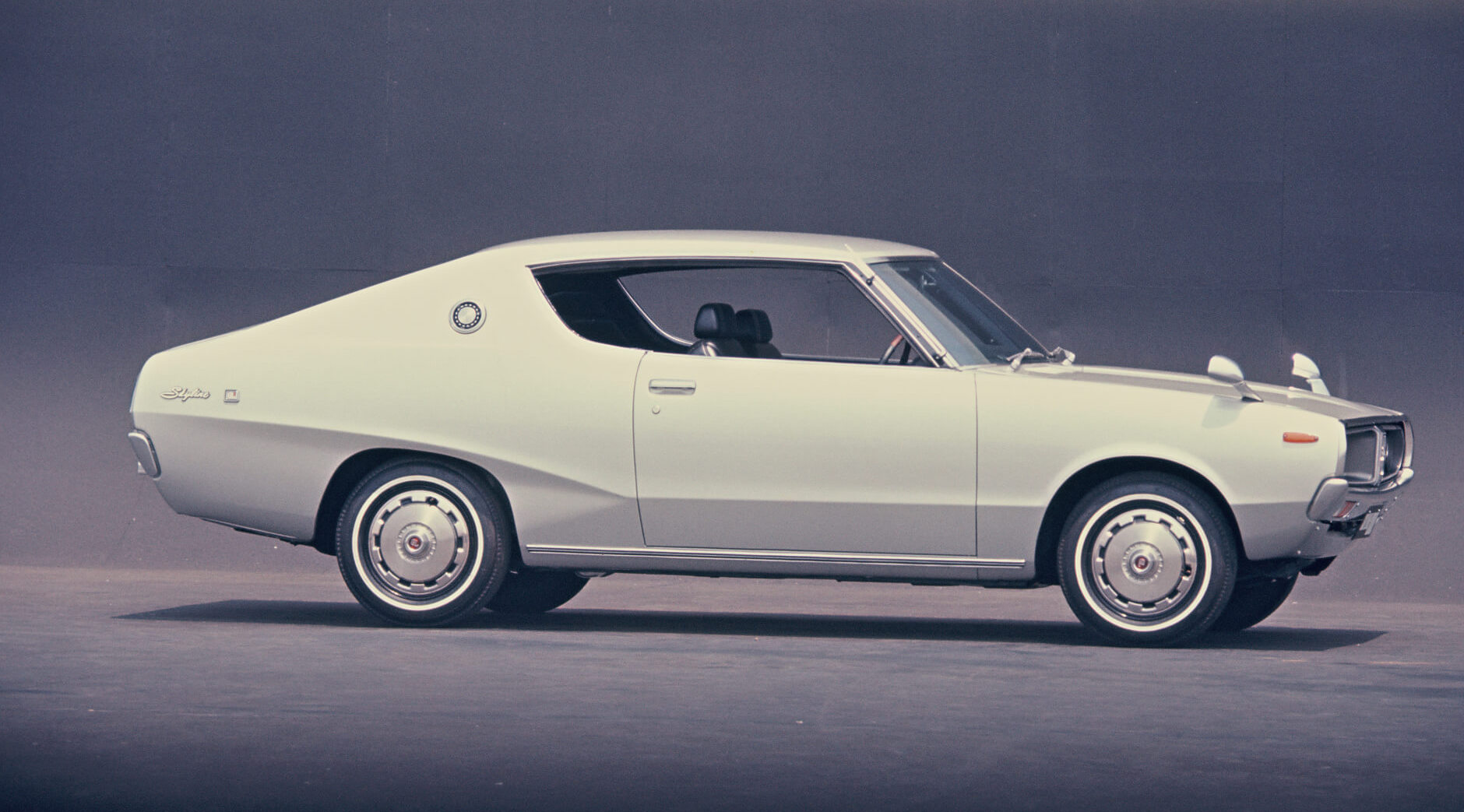 In 1977, the fifth generation of SKYLINE, ‘JAPAN’ was released. This is the last generation produced both the normal and the long nose types. The JAPAN became popular in Japan by appearing in the famous detective drama ‘Seibu Keisatsu.’ The 4-sylinder engine type was called ‘TI (Touring International)’ and the 6-cylinder engine type was called ‘GT Series.’ In addition, the diesel type was added in 1980. The LD28 diesel engine had six cylinders which required the long nose design and named ‘GT.’ 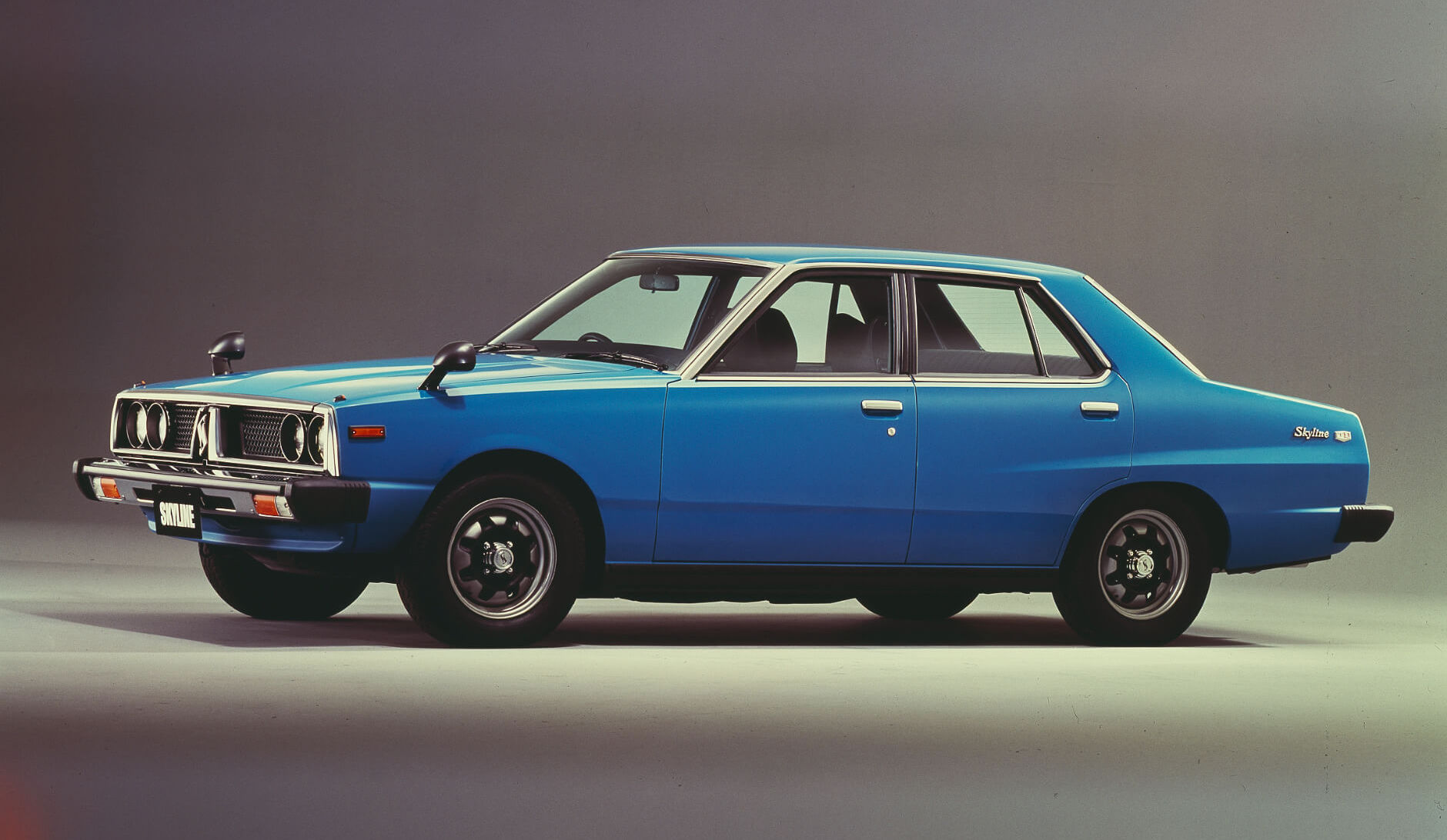 From the sixth generation of SKYLINE released in 1981, the length of the nose was standardized for the 4-cylinders and 6-cylinders. It is said that the RS, the best model in all-time SKYLINE series, did not take after the name of ‘GT-R’ because the FJ20ET engine was the 4-cylinder type.