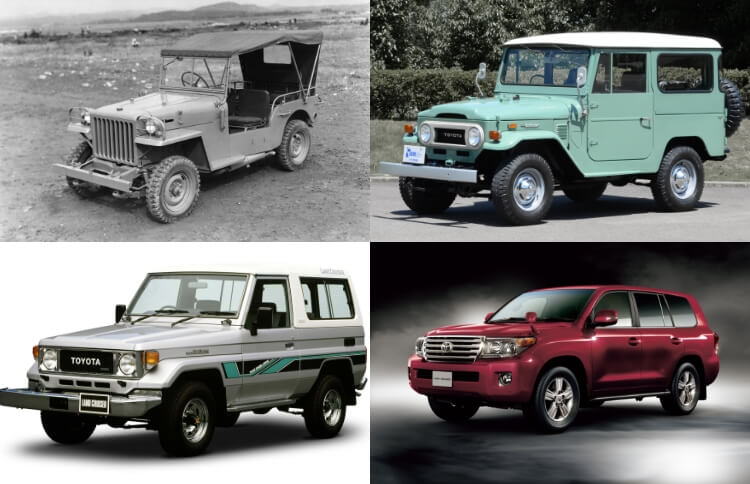 A worldwide brand that has been trained in the field where running performance is essential. 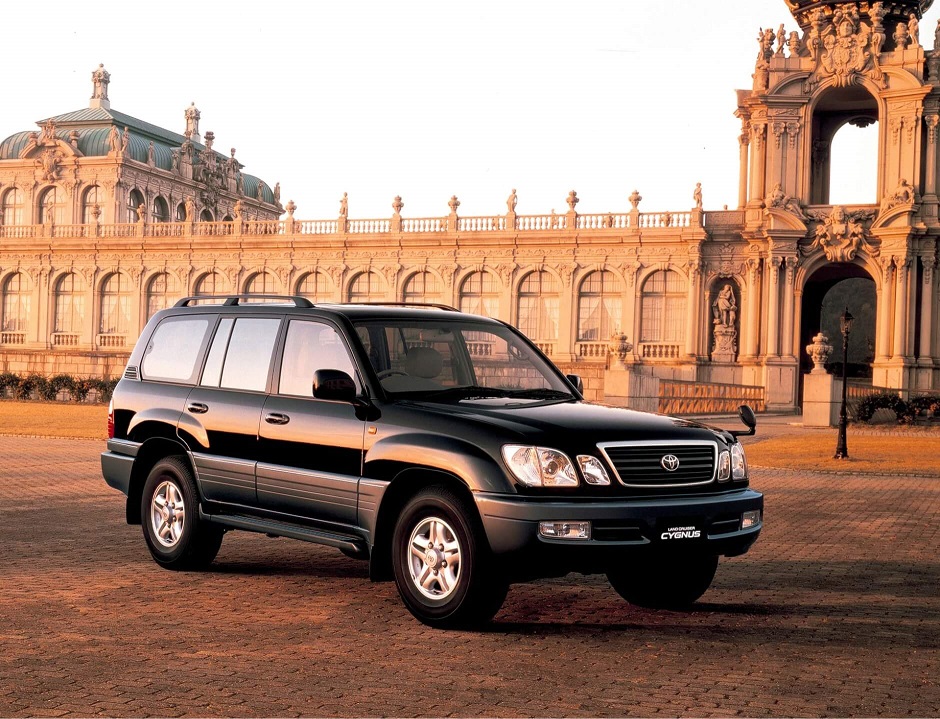 Customizing cars is a popular way to have fun for car lovers and so their interests tend to be in cars of this kind. For many car makers, however, their business is more dependent on the sales of utility vehicles dedicating to working people than sports cars for fickle maniacs. Particularly, on the furthest reaches of the world, the utility cars are certainly sharing the fate with passengers. Consequently, only vehicles with great reliability based on strictly evaluated and accepted performances can survive in such market places. The LAND CRUISER is one of the typical brands of these.

The beginning of TOYOTA was that the founder, Kiichiro Toyoda, dreamed to make the passenger cars, yet the secure foothold in his business was trucks. TOYOTA developed the truck sharing almost the same mechanisms as a passenger car after CHEVROLET. TOYOTA gained management and technical skills by selling trucks for private distributions and militaries during the war. At the end of the Pacific war, TOYOTA even handled the prototype 4WD military vehicle development which they referred the U.S military jeep spoiled by the Japanese military in Southeast Asia.

This experience became an advantage for TOYOTA after the war. TOYOTA still wanted to make passenger cars but GHQ/SCAP (General Headquarters, the Supreme Commander for the Allied Power) banned passenger car mass productions soon after the war. The ban was lifted in 1947 at last, but the market of a passenger car was too shrunk to set the business. Moreover, the labor disputes were waved at that time and so finally TOYOTA faced a bankrupt situation. Then the Korean War broke out in 1950. The U.S forces ordered TOYOTA to make a large number of military trucks to deploy in Korea.

On the other hand, GHQ/SCAP ordered to establish the Japan Police Reserve Corps which is the former Japan Grand Self Defense Force, to reinforce the Japanese defense. GHQ/SCAP sounded out major car makers to develop a four-wheel drive vehicle for this new Japanese force.

TOYOTA prepared ‘the all-round car’ for the competition based on experiences from 4WD prototype development during the war. However, they are defeated by MITSUBISHI which has been manufacturing the JEEP, the licensed productions of WILLIS OVERLAND. TOYOTA, which never blows a chance but made it as a good sell, started to sell this ‘all-round car’ to forest industries and police stations, fire departments, and post offices located in mountain areas. The name of this car was BUSINESS “JEEP,” derived as a JEEP for work. 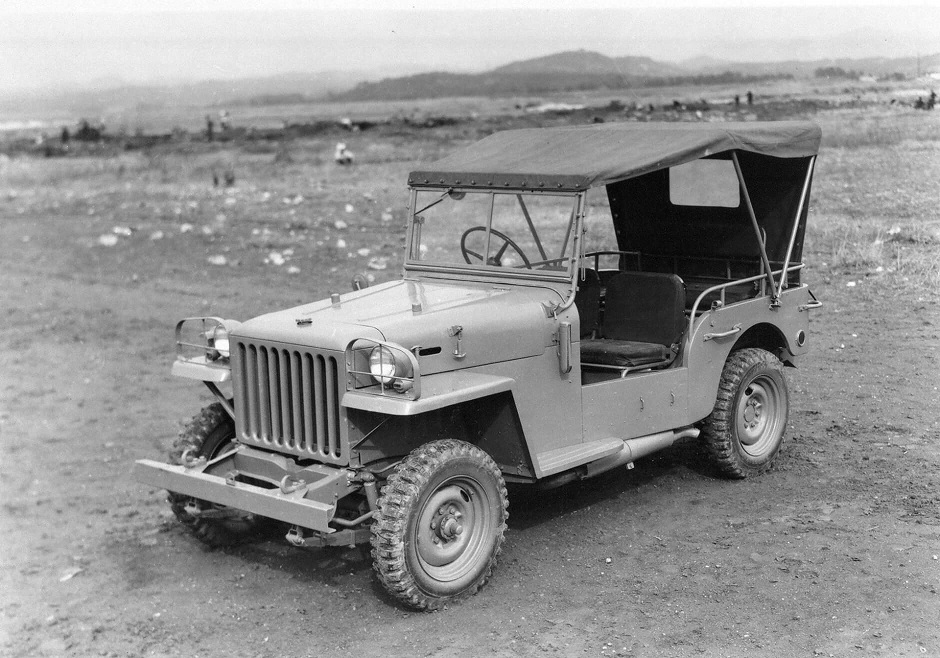 At that time, the catalog of ‘BJ-type JEEP’ had already been completed and TOYOTA started to consider exports this high-quality product. In 1994, they realized belatedly that the name ‘JEEP’ was the trademark of WILLIS OVERLAND. Therefore, TOYOTA gave the new name LAND CRUISER meaning ‘the cruiser on lands.’

In 1957, the 2nd generation of LAND CRUISER loaded with a TOYOTA CROWN for shipments to North America as a pioneer of Japanese car exports. The CROWN withdrew from the market due to the severe criticism of performances. In contrast, the LAND CRUISER was widely accepted because of the high-durability and run-through performance meeting the military-level standards, and it cut TOYOTA’s way into the North American market.

In 1960, the 3rd generation, FJ40, was released and people all over the world rushed on this model. They loved the usability, performance reliability, comfort, and stylish design like a passenger car. The sales grew in North America, South East Asia, South America, and Middle East countries, were all known as competitive markets. The FJ40 became 24 years of long seller model until 1984. The legendary population eventually led to the production of the FJ CRUISER released in 2006 only for the North American market. The design and characters expressed homage to the FJ40. In 2010, the FJ CRUISER became on sale in Japan pushed by the big hit in North America. 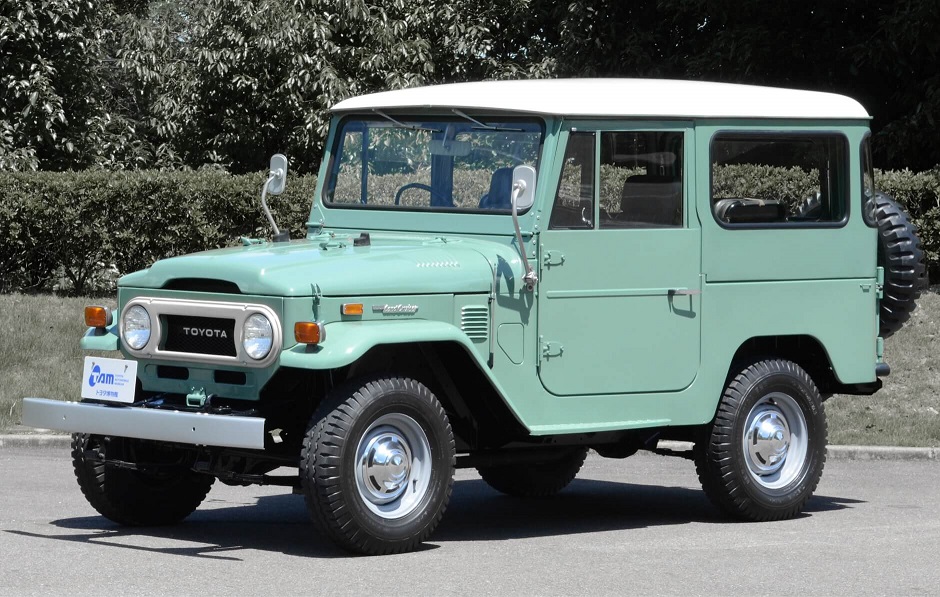 The LAND CRUISER had established the position as a heavy-duty utility car. In 1984, the development continued and the 70-series was released. The 70-series stopped the sale in Japan due to the safety standard regulation, but this has been on sale worldwide over 35 years and even now as a popular model. 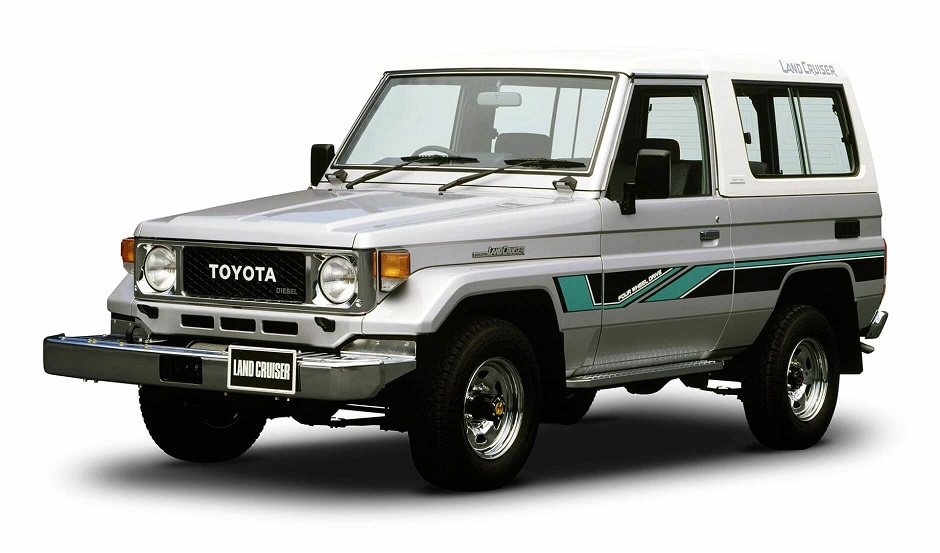 As for the 55-series released in 1967, was the model of big-scale wagon deriving comfort as a passenger car. The 55-series became bigger and more luxury as changing to the 60-series, and to the 80-series. The current model, the 200-series is designated as a luxury car in a desert. Moreover, the LEXUS LX, the high-end off-road vehicle pricing over ten million yen, shares the same base model. 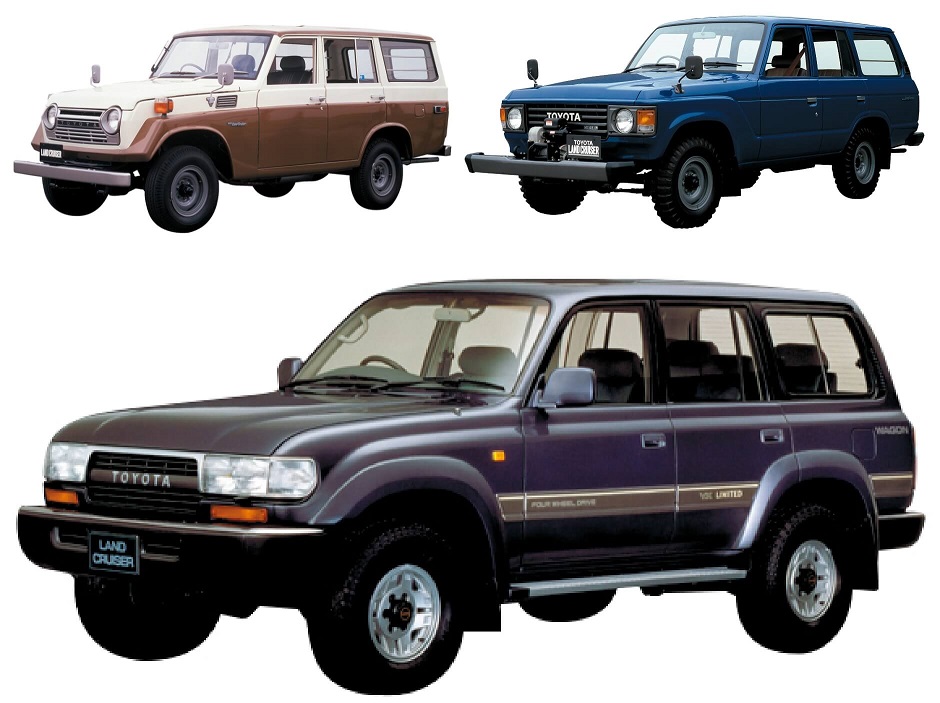 The 70-series was developed to the new series called the PRADO. The PRADO even shares the light-truck mechanisms such as the HILUX and is accepted worldwide as a usable SUV as well as other series.

In developed countries like Japan, there are very few sites that require vehicles with extremely high durability and run-through performance. In those markets, the main products are PRADOs and the 200-series which offer comfortable driving and social status. 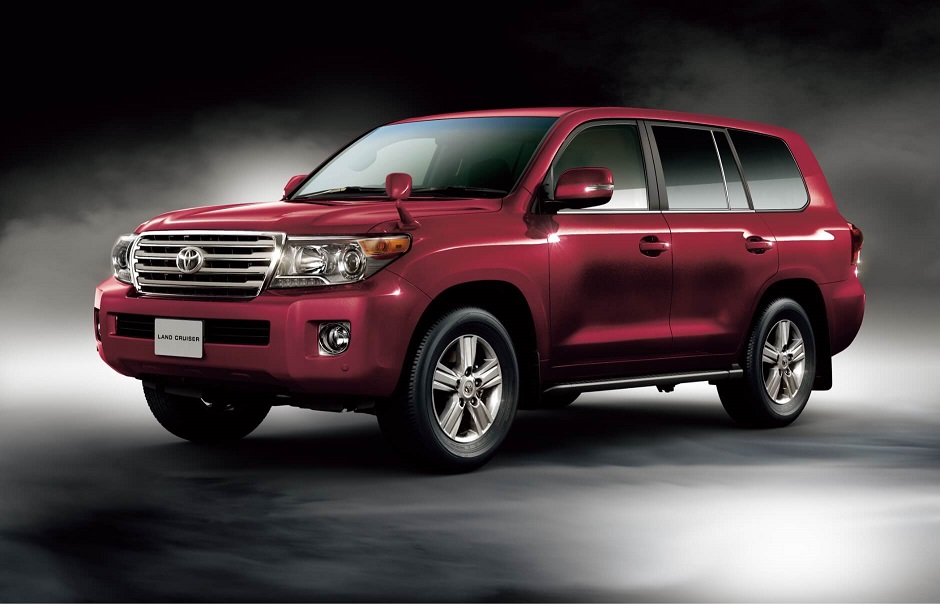 In wilderness areas on the other side of the earth, the performance and reliability of vehicles may differentiate between life and death, and so the heavy-duty model such as the 70-series is in demand, and TOYOTA is a highly regarded brand almost religiously in those areas. The running through 70cm (28inch)deep water should not be a problem in such places, and this is actually the minimum requirement. According to the developer of a current LAND CRUISER 70, there are same or convertible parts with 60 years ago FJ40 assembled on purpose. Those parts are located even in a driving system and suspensions as important parts.

The LAND CRUISER is designed and actually proves its worth in critical situations, for example, the car is broken in the middle of areas where there are no parts distribution routes or proper repair shops. The passengers find the parts even from an old broken LAND CRUISER piled in a scrap yard to fix their car to come home alive.

Changes in the LAND CRUISER

2014
- TOYOTA temporarily produced the LAND CRUISER 70 for a celebration of ‘the Land Cruiser 70’s 30th anniversary,’ sold out soon after the release.