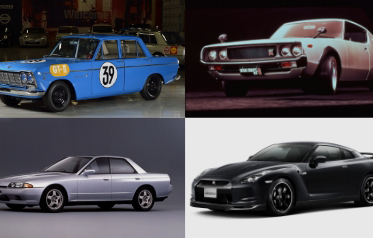 The SKYLINE brand first started in 1957 and this is one of the longest histories of Japanese passenger cars. Currently, the13th generation of SKYLINE, released in 2014, is on the market and it is sold overseas as a luxury sports sedan.
It is both have a high-performance and sophisticated ride. Besides, the most advanced driving support system which allows hands-off driving on the highway was installed in 2019. For fans since very long time ago, they would say the 2nd (1963) to the 10th (1998) generations of SKYLINE are ‘THE SKYLINE’ because they are widely known as the real racing cars.

In 1963, at the first Japanese Grand Prix, the PRINCE SKYLINE and team participated and ended miserably. It is said that they could do better if they had pushed harder on specifications to the regulation limits. Learned from the bitter experience, the SKYLINE GT was developed; the nose that used to hold a 1.5L straight-4 engine was extended to install a 2L straight-6, which was originally for the upper model GLORIA.
Following year at the Second Japanese Grand Prix, not only did SKYLINE GT overwhelm domestic rivals, but also ran in front of the PORSCHE for a round. It was sensational success and drew a lot of attention. Here, the ‘Ska-G’ legend begun. (Ska(スカ) is short for SKYLINE（スカイライン= sukairain）in Japanese) 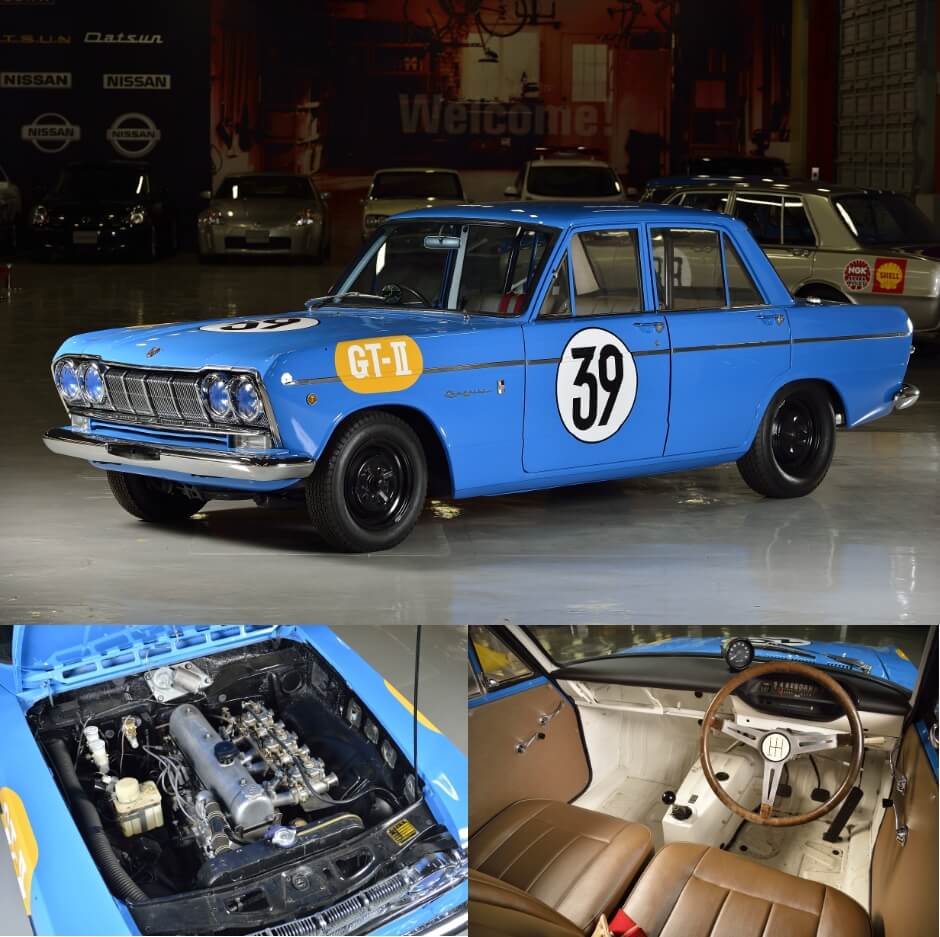 When the 3rd generation of SKYLINE was released in 1968, the PRINCE Motor Company was absorbed by NISSAN Motor Co., but the former PRINCE engineers were continuously in charge of SKYLINE development. This time, the body was initially designed for the straight-6 engine; the engine R380 with DOHC, for a pure racing car, was installed. This is the moment the SKYLINE GT-R was born.

The SKYLINE GT-R was initially designed as a 4 door sedan. Despite its look, it was remarkably strong in the touring car races which were popular at that time. Since then, it was described as ‘a wolf in sheep's clothing.’ In 1970, it was changed to a 2 door hardtop body with a shorter wheelbase, and was given a showy fender flares in the rear. The GT-R accomplished a series of wins and attracted popularity over the years. 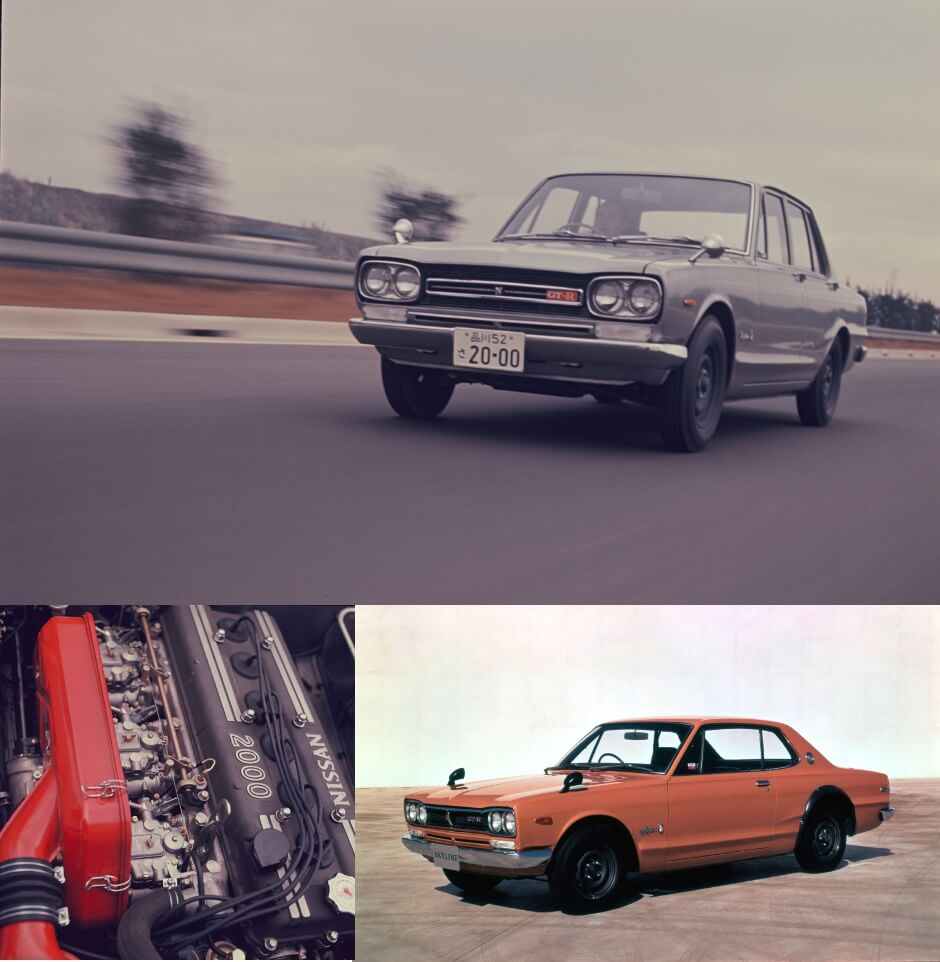 In 1972, the 4th generation of SKYLINE was released and GT-R was a 2 door hardtop only. It was because automakers voluntarily stopped participating races due to the oil shock crisis. The GT-R was not the exception having no racing record on this year.
However, the stylish hardtop design, even not a GT-R, basked in sky-high popularity from young people. It became the best-hit car ever in the SKYLINE history as the nickname of ‘KenMeri,’ which derived from the catchphrase "SKYLINE of Ken and Mary" used in the TV commercial. (‘KenMeri’（ケンメリ） is short for ‘Ken and Mary’ who were the couple on the series of SKYLINE TV commercial.) As for the sales of 4th generation of GT-R, it was produced only 197 units. So it was sold at a premium early on because of its scarcity. 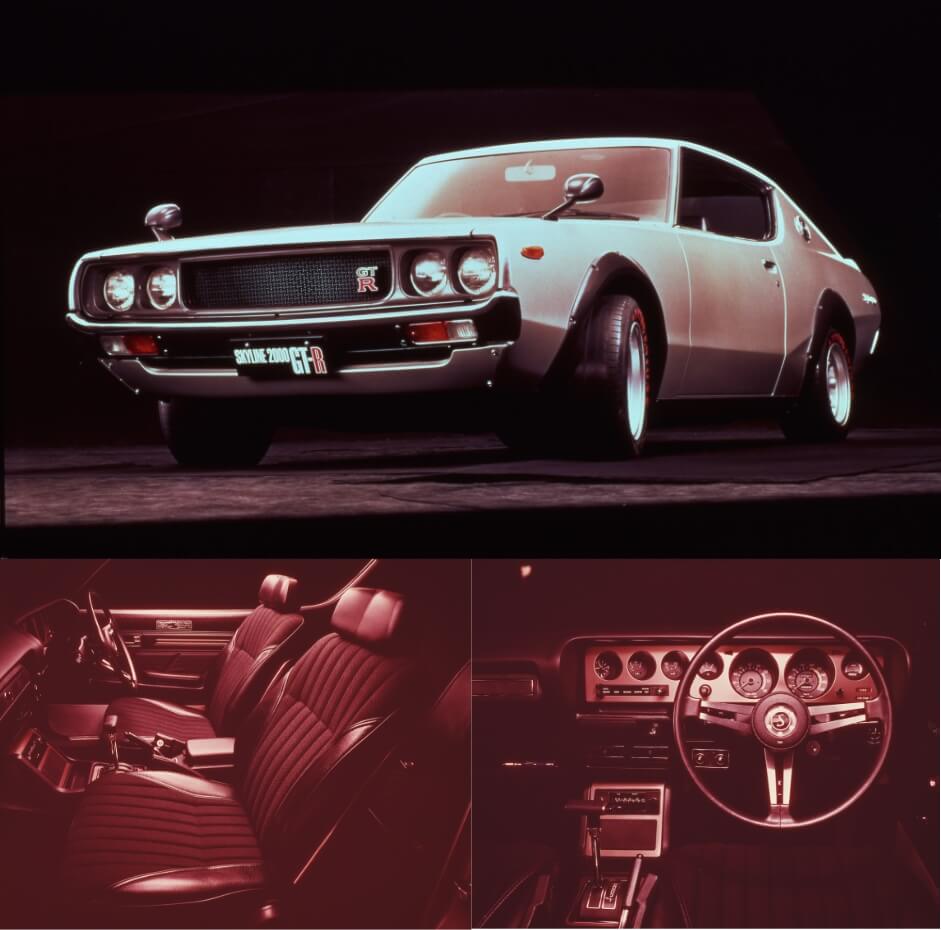 After overcoming the Vehicle Emissions Control and the oil crisis, the 5th generation of SKYLINE was released in 1977 with newly installed turbo charger. This is also popular as the nickname of "JAPAN" derived from the commercial. The 6th generation of SKYLINE was released in 1981. The DOHC engine was installed again after an interval of 8 years. However, because it was a 4 cylinder engine, the developer Shinichiro Sakurai, who had been working on the SKYLINE since the 2nd generation, did not give ‘GT’ title on it. He established a new grade called RS instead. In the latter half of the model year, a DOHC with turbocharger was installed and became active in races. Once again, the SKYLINE was recognized as a high performance machine. 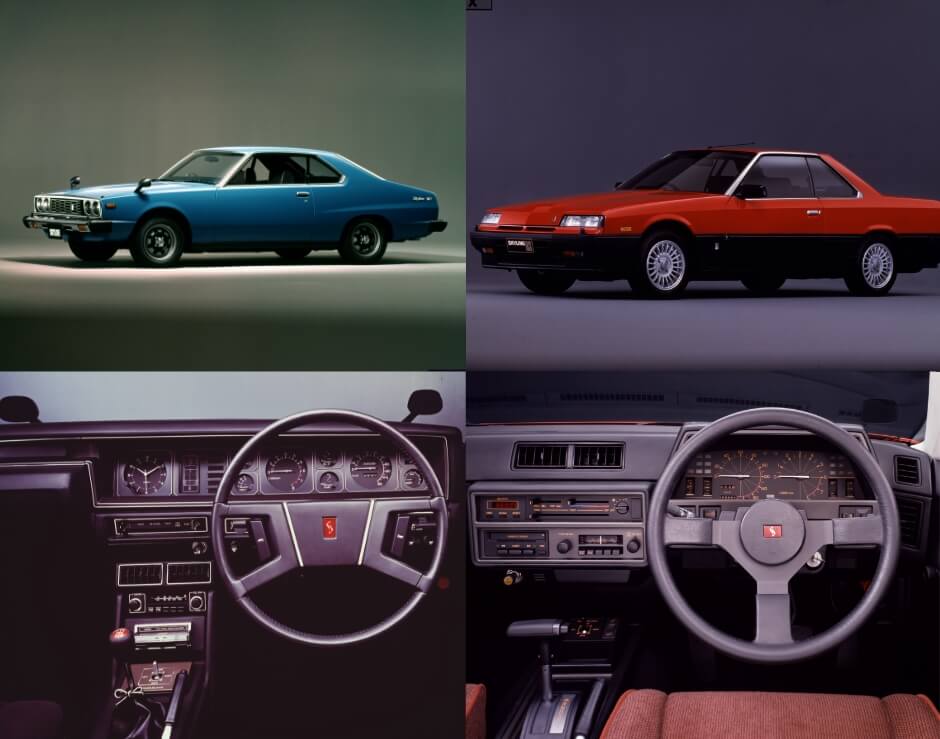 The 7th generation of SKYLINE released in 1985 fell out of the favor because it was changed to a 4 door hardtop luxury car to compete with TOYOTA MARK II. The next generation of RS series with 6 cylinders 4 valve DOHC was a surely high-performance engine, but the fans wanted higher level of sportiness on the SKYLINE. In fact, when the 2 door coupe (no longer a hardtop) with DOHC turbocharger generating 210PS was added and started winning the races following year, then it glowed in popularity again. 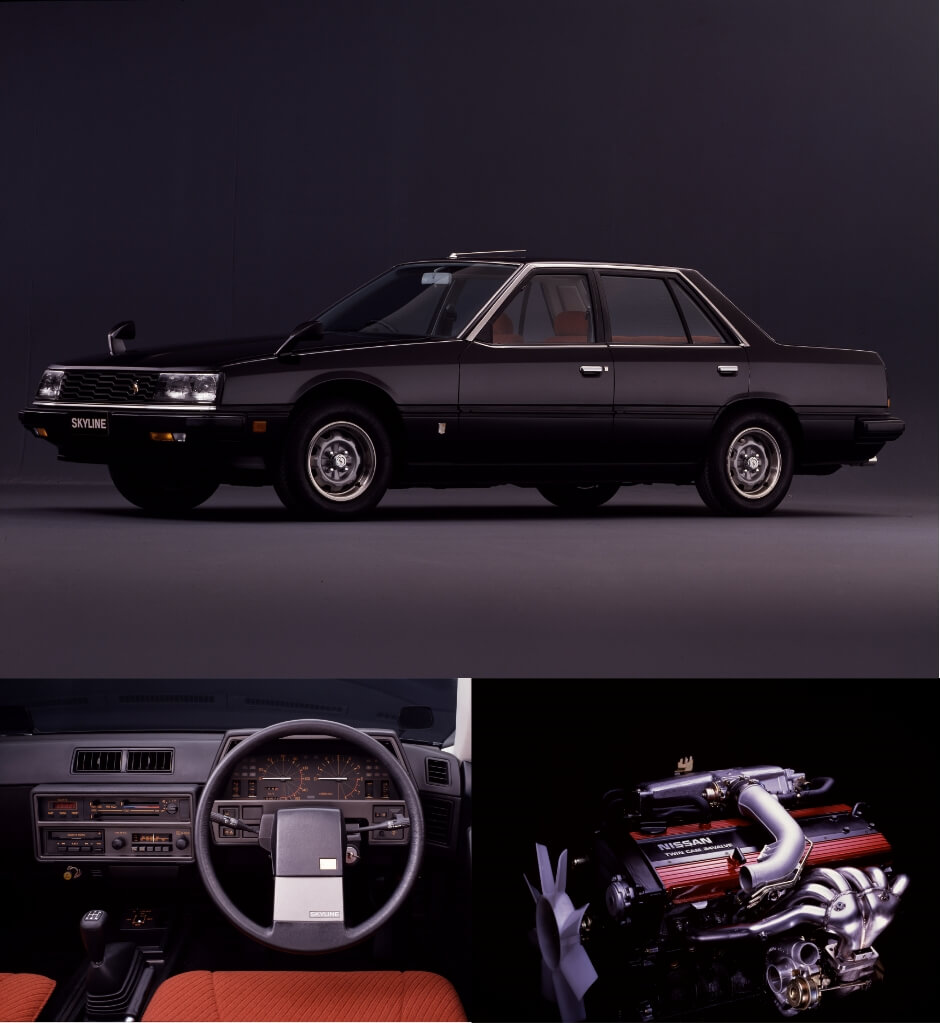 The 8th generation of SKYLINE launched in 1989 had smaller body which enabled agile performances. Matters for the coupe, a 2.6L 6-cylinder DOHC turbo engine and an electronic controlled 4WD were combined and installed, so the GT-R came back for the first time in 16 years. This high-performance vehicle was developed in accordance with the race regulations from the beginning. It achieved the feat of ‘pole to win’ (got the pole position and won the races) in every single race of the Japanese Touring Car Championship in 1990. 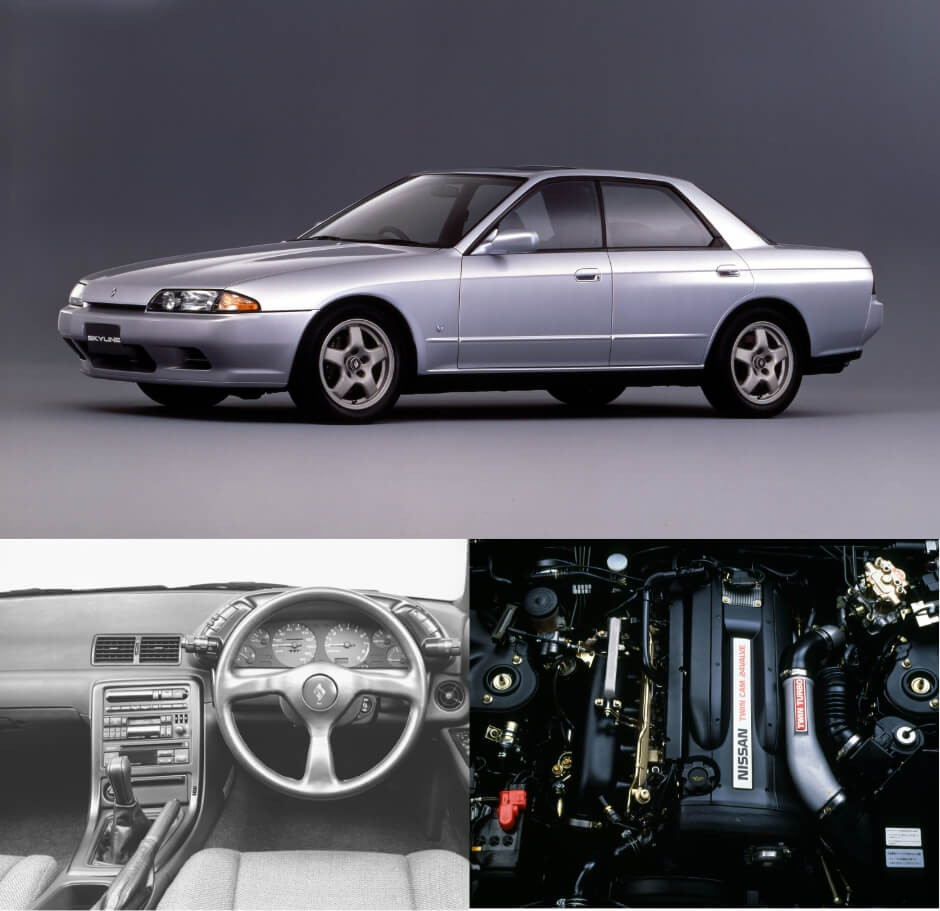 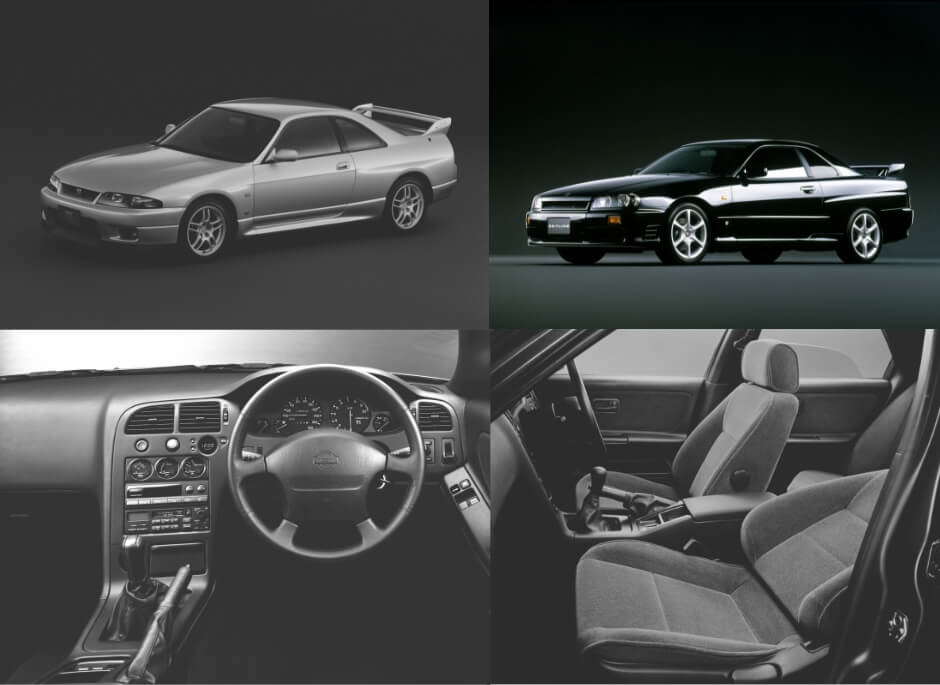 Due to its inability to cope with such changes in the automobile market, NISSAN was in financial difficulties. By the time NISSAN asked RENAULT for support and Carlos Ghosn became the president of NISSAN in 1999, SKYLINE series was about to be abandoned from the production. However, Ghosn CEO got a chance to learn about the history and tremendous popularity of the SKYLINE in Japan, and so he decided to launch the 11th generation of SKYLINE. There has been a sports sedan installed V6 engine introduced as an original model, and this was released as the 11th SKYLINE. At the same time, it was launched to overseas from a luxury brand INFINITY. The SKYLINE has been highly regarded in the overseas market from the beginning to the current model, whereas it has not grown popularity again in Japan. 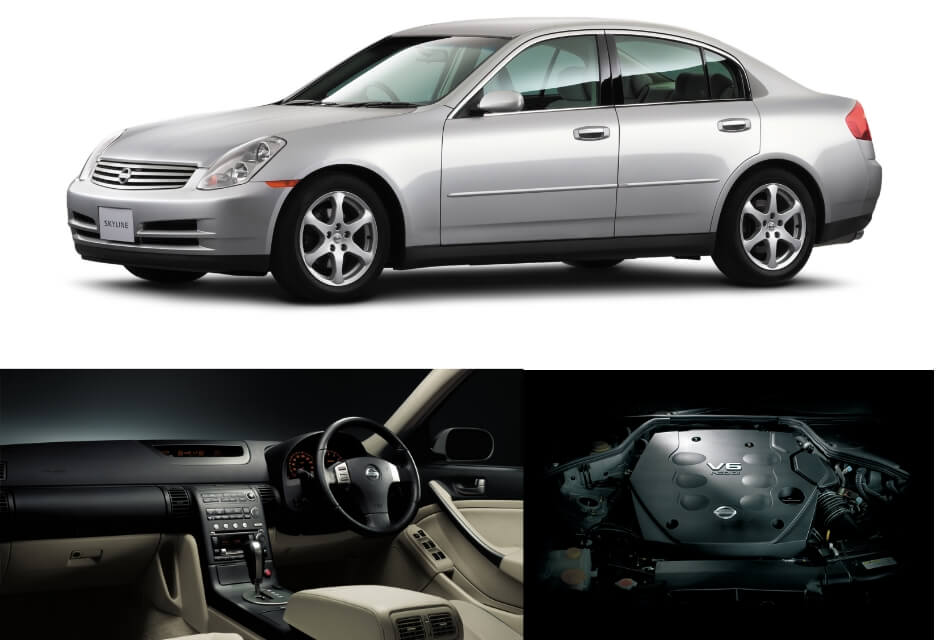 Apart from this, Kazutoshi Mizuno who developed the 11th generation of SKYLINE was in charge of a GT-R development. He wanted to make another high-performance symbolic car for NISSAN other than SKYLINE. This was how the current NISSAN GT-R was born. Even without the name ’SKYLINE,’ the NISSAN GT-R surely was born from SKYLINE as ‘R35 type’ indicates. 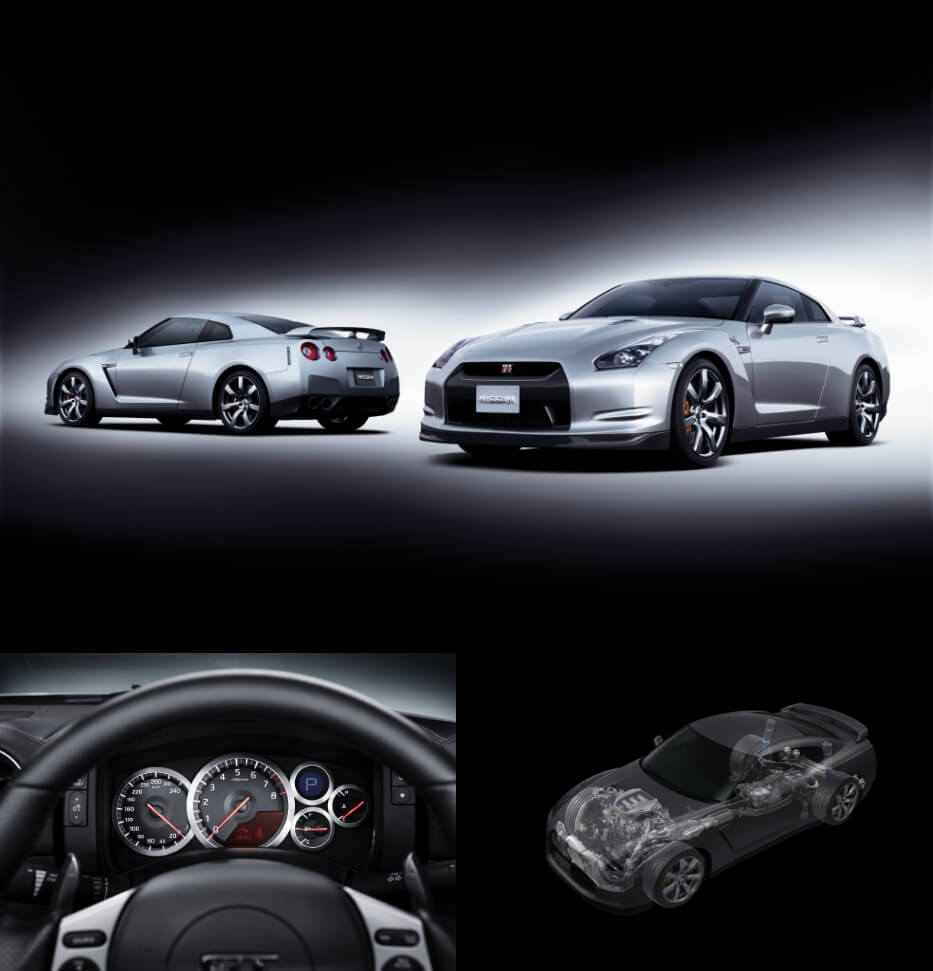 Changes in the skyline